Gérard Bertrand on A South of France Experience: Wine, Moon and Stars 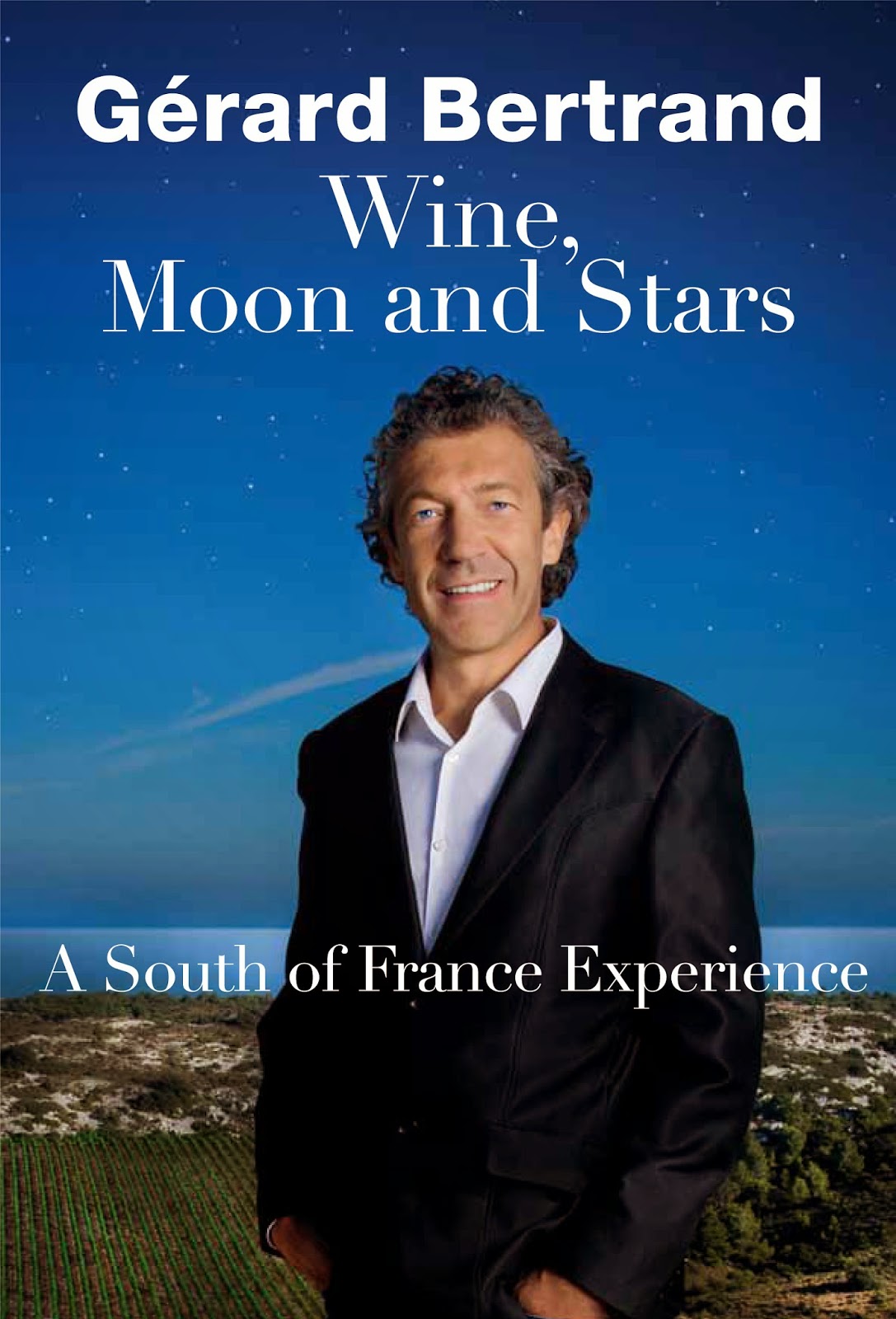 I have reservations about autobiographies, especially when written by someone who has hardly reached middle age.  The cover too is somewhat off-putting – there is no doubt that Gérard Bertrand is immensely photogenic, but the photograph on the cover of his recently published autobiography is un peu trop .....  Actually on second thoughts, autobiography is not really the best description of this book for it is more a series of essays on various aspects of Gérard’s life and work.

And I have to say that I found the text surprisingly engaging.  It has been very competently translated from the French edition: Le Vin à la belle étoile, by Jane Anson, who is best known for her own writing on Bordeaux.   It cannot have been an easy task, as French wine writing tends towards more poetic flights of fancy than the steady down-to-earth Anglo-Saxon approach.   Some of Gérard’s descriptions would have worked beautifully in French, while in English they have a tendency to cloy.  However, that said, the core of the book is very interesting, and Gérard, himself comes over as a very committed personality, and  not only to his own highly successful wine business, but also to the whole region of the Languedoc.  He writes very fluently about his belief in biodynamic viticulture, citing an example of a struggling vineyard that was transformed by biodynamic methods.

Gérard not only writes about wine, but also about his early career in rugby.   His father’s sudden death in a car accident obviously made a big impact on his future ambitions.  I actually met Georges Bertrand, probably not long before the accident, and remember him for a highly illuminating tasting, a vertical of early vintages of his Corbières at Domaine de Villemajou, with his first experiments with oak ageing.  Georges was one of the first wine growers of the Midi to put his wine in barrel, back in 1979.  It was a fascinating tasting, illustrating some of the recent history of the Languedoc.

In conclusion, Wine, Moon & Stars is well worth reading.  Gérard’s experience of the Languedoc, as he has added more estates to his portfolio, covers not only the heart of the business at Château l’Hospitalet, but stretches to Château la Sauvageonne in the Terrasses du Larzac, and Domaine de l’Aigle in Limoux, as well as to La Livinière, the source of his newest wine, Clos d’Oro.  He gives his own personal insight into each of these estates and I certainly found that the book added an extra dimension to my appreciation and understanding of the many facets of the Languedoc.
Email Post