Château d'Anglès has enjoyed a considerable revival in its fortunes over the last few years, since the Fabre family arrived there from Bordeaux in 2002.   Eric Fabre had been the technical director of Château Lafite but he wanted to do his own thing and he chose to come to La Clape as he was particularly interested in the potential for Mourvèdre in the area, seeing similarities with Bandol.  Eric has reunited the two estates of Château Rivière Haute and Château Rivière Basse, and called them Anglès after a local landowner, Barthélèmy Etienne d’Anglès, whose family owned both estates for over a hundred years after the French Revolution. Their vineyards are less than two kilometres from the sea so you always have some cooling sea breezes.  The cellars have been modernised and streamlined and you can sense a bordelais approach.  For their red and white wines, they make a Cuvée Classique and a Grand Vin.

Vianney, Eric’s son, who is now working with his father, very kindly sent me bottles of the most recent vintages.   So this is what I tasted. 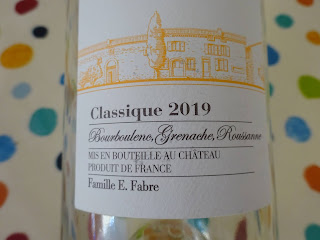 2019 La Clape Classique Blanc - 12.90€
A blend of 50% Bourboulenc, 30% Grenache Blanc and 20% Roussanne. Some lees stirring in concrete vats for four to five months. A little colour.  A salty tang on both the nose and palate, with firm fresh fruit.  A nicely rounded finish.  A touch of exotic fruit on the palate, but essentially there are the refreshing salty notes from the maritime influence.

2017 La Clape Grand Vin Blanc - 22.50€
A blend of 40% Bourboulenc, 30% Grenache, and 30% Marsanne.  The Bourboulenc vines are 80 years old.   Fermented and aged in wood, with some lees stirring for 5 – 6 months.  A little more depth of colour than the Cuvée Classique. A nicely buttery, oaky nose – I don’t usually like overt oak, but this is classy oak and it has made for a very appealing nose. There is oak on the palate too, but with considerable depth of flavour.  The wine is rich and youthful, with a good long finish.  Very stylish.   Anglès usually hold back a white vintage to release ten years later, proving indisputably the ageing potential of white La Clape. 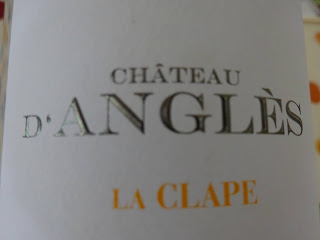 2019 Classique Rosé, AOC Languedoc - 12.90€
Rosé is not part of the appellation of La Clape, hence the appellation Languedoc for this very elegant rosé.  A blend of 40% Mourvèdre, 30% Cinsault and 30% Syrah. Direct pressing and some lees stirring, in concrete vats, for three months.  Very pale colour, almost white, but not quite.  A hint of raspberry on the nose.  Some ripe raspberry fruit on the palate, but dry, structured and youthful, with a fresh finish.  A serious food rosé that will evolve a little more in the bottle.


2018 La Clape, Classique Rouge - 12.90€
A blend of 40% Syrah, 40% Grenache and 20% Mourvèdre.   Aged in vat for eighteen months.   Quite a deep young colour.  Rounded spice and garrigues notes on the nose, and a hint of orange.  A fresh, spicy palate.  Medium weight with a refreshing streak of tannin, and some peppery notes.  Rounded red fruit.  Easy drinking with good depth, and length. 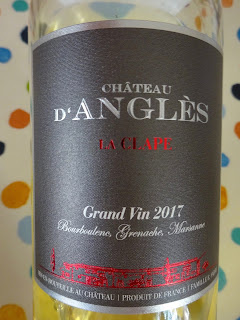 2017 La Clape Grand Vin Rouge - 22.50€
A blend of 55% Mourvèdre and 25% Syrah, which are aged in oak for 12 months and 20% Grenache, aged in cement vat.  Deep colour. On the nose a subtle veneer of oak, with some spicy fruit.   The palate is rounded, with good depth and length, with more weight and body than the Classique Cuvée.  There are youthful tannins; the wine is drinking well with a substantial dish – ours was coq au vin – but it also has ageing potential.  A very satisfying finish.   And a lovely range of wines.

Sammy said…
If you need Virtual Assistant Services, then you
can read this helpful article: https://prosoftwarecompany.com/services/
27 August 2020 at 17:25