Since my visit in April, Verena has been obliged to change the name of her estate. When she first named it ten years ago, she was quite unaware that there was another Domaine Canteperdrix in the Cotes du Ventoux. She has decided to use her own name, which confirms the identity of the estate, and the names of the various cuvees, and well as the partridge on the label remain the same. 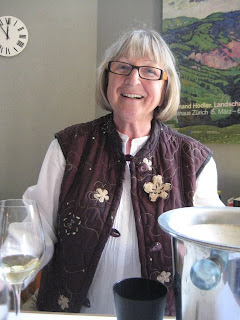