A deviation to Turkey 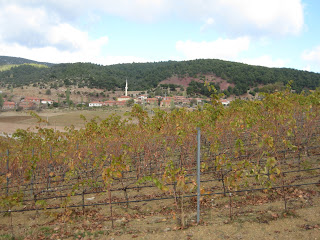 I’ve just returned from a wonderful week in Turkey.  The purpose of my trip was the European Wine Bloggers’ Conference, the EWBC for short, in Izmir.   And I had a complete immersion in Turkish wine, with lots of tasting opportunities; guided tastings of Turkish grape varieties, and blends with international grape varieties.  Nearby producers had their wines available for tasting during the two days, and there were also wine growers from Georgia, Lebanon and Armenia.   And then when the conference was finished, there was a trip inland to see vineyards around the towns of Manisa and Denizli, within easy reach of Izmir, and on my last day I went out to Urla, to visit vineyards close to the coast.

You may well ask what Turkey has to do with the Languedoc.   I think there are parallels and it is always interesting to make comparisons. Turkey has many indigenous grape varieties.  We had the opportunity to taste white Emir and Narince, as well as the more widely planted Sultaniye, which is commonly known as Thompson Seedless, and  also grown for table grapes and dried sultanas, not to mention the popular drink of raki.    The red varieties have exotic names, such as Kalecik Karasi, Őkűzgözű and  Boğazkere.  Őkűzgözű translates literally as bull’s eye and the grapes are fat and juicy, and flavour is not unlike Zinfandel.  Boğazkere means throat gripper, for the firm tannic streak in the wine, while Kalecik Karasi is more elegant and sometimes compared with Nerello Mascalese or Nebbiolo.    The flavours are fresh and exciting, and these undoubtedly represented the discovery of the trip. 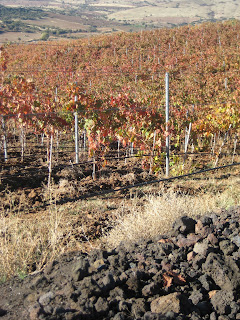 But the Turks much prefer to drink international grape varieties, so you will also find Cabernet Sauvignon, Merlot, Shiraz, Chardonnay and Sauvignon, as pure varieties or blended with the indigenous varieties.   This is not so different from the Languedoc, where the true varieties of the south grow alongside international varieties.   There is interest too in Italian varieties.  Federico Curtaz who has a vineyard on Etna and consults for Villa Estet, where the soil is volcanic, is planting Nerello Mascalese and Nerello Cappuccio.  I also encountered Sangiovese and Nero d’Avola.  And for Midi grape varieties, there is a Roussanne /Marsanne from Suvla winery, as well as Grenache and Carignan, in addition to Shiraz or Syrah.

Turkey is one of the world’s largest growers of grapes, coming sixth in volume, and fourth in growing area after Spain, France and Italy.  However only about 2% of the total grape production is actually used for wine, and 96% of that production is drunk in Turkey, by tourists and by Turks.   Consequently there is not yet much Turkish wine available on the export market.  And you sense that it is only in the last ten years or so that the industry has begun to emerge from the doldrums, with a growth in the number of wineries, created often by people who have done other things. 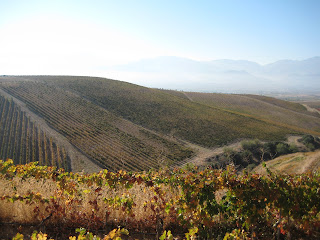 I lost count of the number of wineries, who when I asked the date of their first vintage, answered with a year in the last decade.  Take the three wineries I visited around the town of Urla outside Izmir.   The winery called Urla was created by Can Ortabaş with a first vintage in 2006.  He also owns what he said is the  world’s biggest producer of palm trees.  The winery is very stylish - my photographs simply don't do it justice, so I've not used them  - and the wines show promise.  Mosaic is run by Ali Emin.  He made his first wine in 2008, with the help of Italian expertise and the modern winery was funded by his father-in-law’s coal mine.  And Reha and Bilge Őğűnlű lived in Ann Arbor before coming back to Turkey in 2002 and planting vines on a more modest scale. My instinct to favour indigenous grape varieties was upset here; they produce an intriguingly salty Chardonnay and a beautifully harmonious Cabernet Sauvignon. 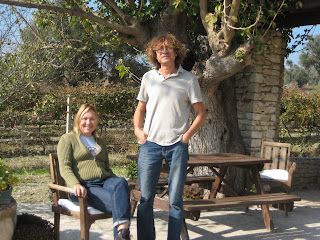 And this injection of new life into the wine industry has given the older established wineries like Doluca, Kavaklidere and Pamukkale the impetus to improve and renovate.   The young wine maker, Semril Zorlu, at Kavaklidere’s Pendore vineyards has trained in Montpellier and Bordeaux, including a stage at Château Margaux, working on experiments with organic and biodynamic viticulture.    And she is not alone; several of the winemakers have studied abroad, and the newer wineries are employing foreign consultants.  At Pamukkale a Frenchman Jean-LucColin has been instrumental in improving quality. 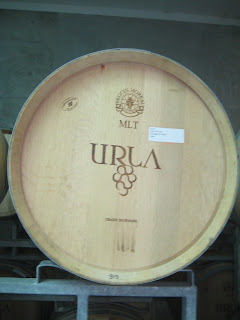 As for taste, oak can be an issue.  We were told that it is illegal to import second hand barrels into Turkey, though somebody else disputed this.  Whatever, the chief wine-making defect is an excess of new oak, and not necessarily very good oak at that.  Sometimes it was heavy handed with an excess of vanilla – most people use French oak, but there is American too – and sometimes the flavours were green and drying.   There certainly is a parallel with the Languedoc here, where the wine growers have needed to learn to manage their use of new oak barrels.  But it is a problem that will be solved with experience.

So I have come back to London full of enthusiasm after a wonderful voyage of discovery.  You could not help but be carried away with the passion and dedication of the Turkish winemakers.  There is a sense of adventure, and the feeling that the Turkish wine industry does have a serious future, with both indigenous and international grape varieties and flavours.  Like the Languedoc, Turkey is full of untapped potential.   So if you come across a bottle, do give it a try.  You may be very pleasantly surprised. 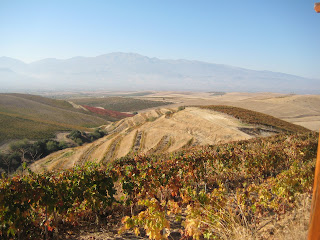 Jack Cruz said…
Never been to Turkey and I really wish to visit the place. As a wine lover, I wish I can taste those wines that you had mentioned. Thanks for the share.