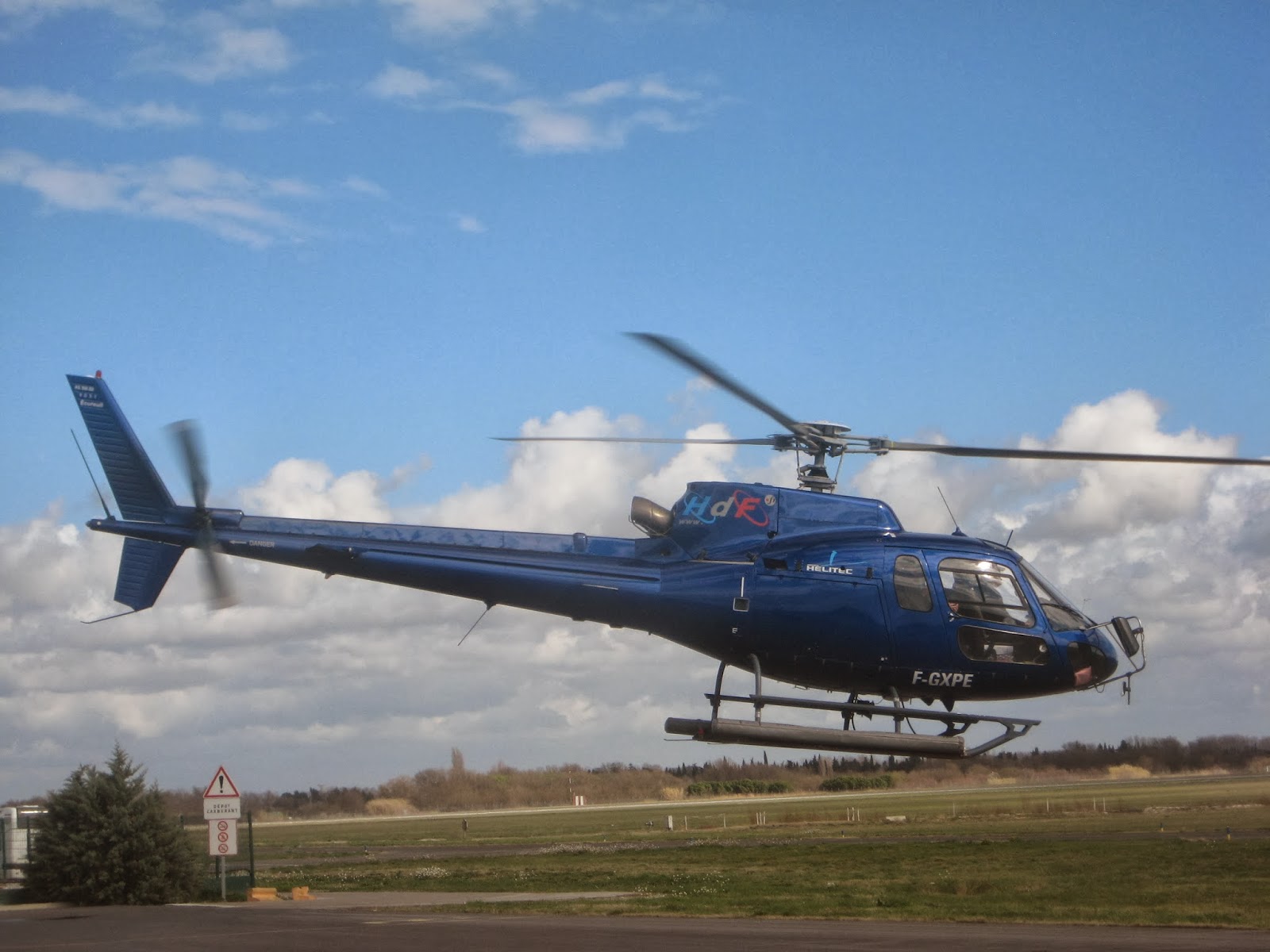 Jeanjean is one of the largest vineyard owners in the Languedoc with properties scattered between Faugères and the Camargue, including a new estate in the Terrasses du Larzac.  It was a chance encounter with Ian Munson, one of their winemakers, at Millésime Bio which led to me accepting an invitation for a helicopter ride during Vinisud.   And what a treat that was. 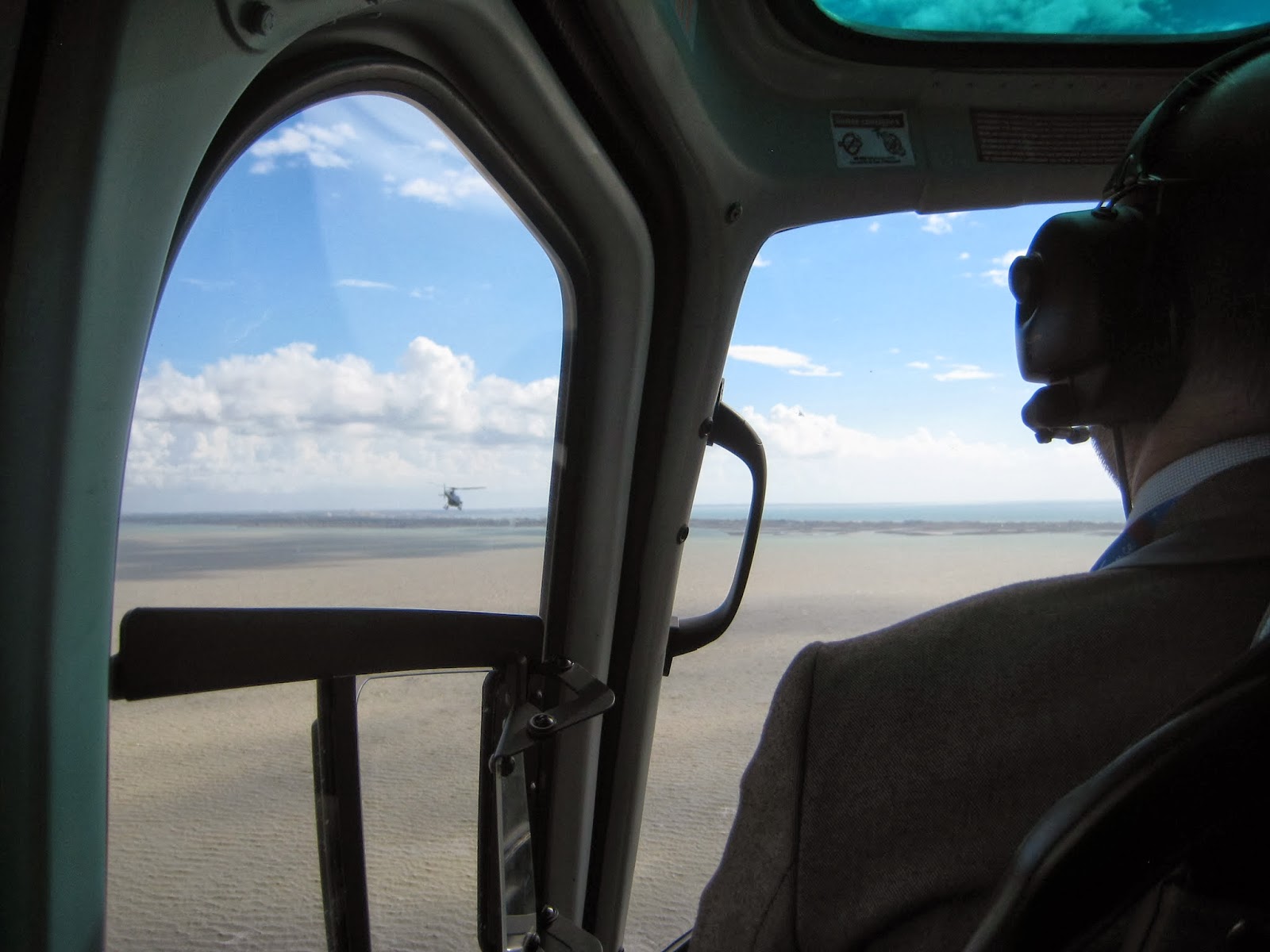 We set off from Montpellier airport heading towards the estuary of the Rhone  and Domaine le Pive, where Jeanjean produce a vin gris, Sable de Camargue.  But the first thing you see is the spectacular medieval town of Aigues Mortes, with its fortifications. 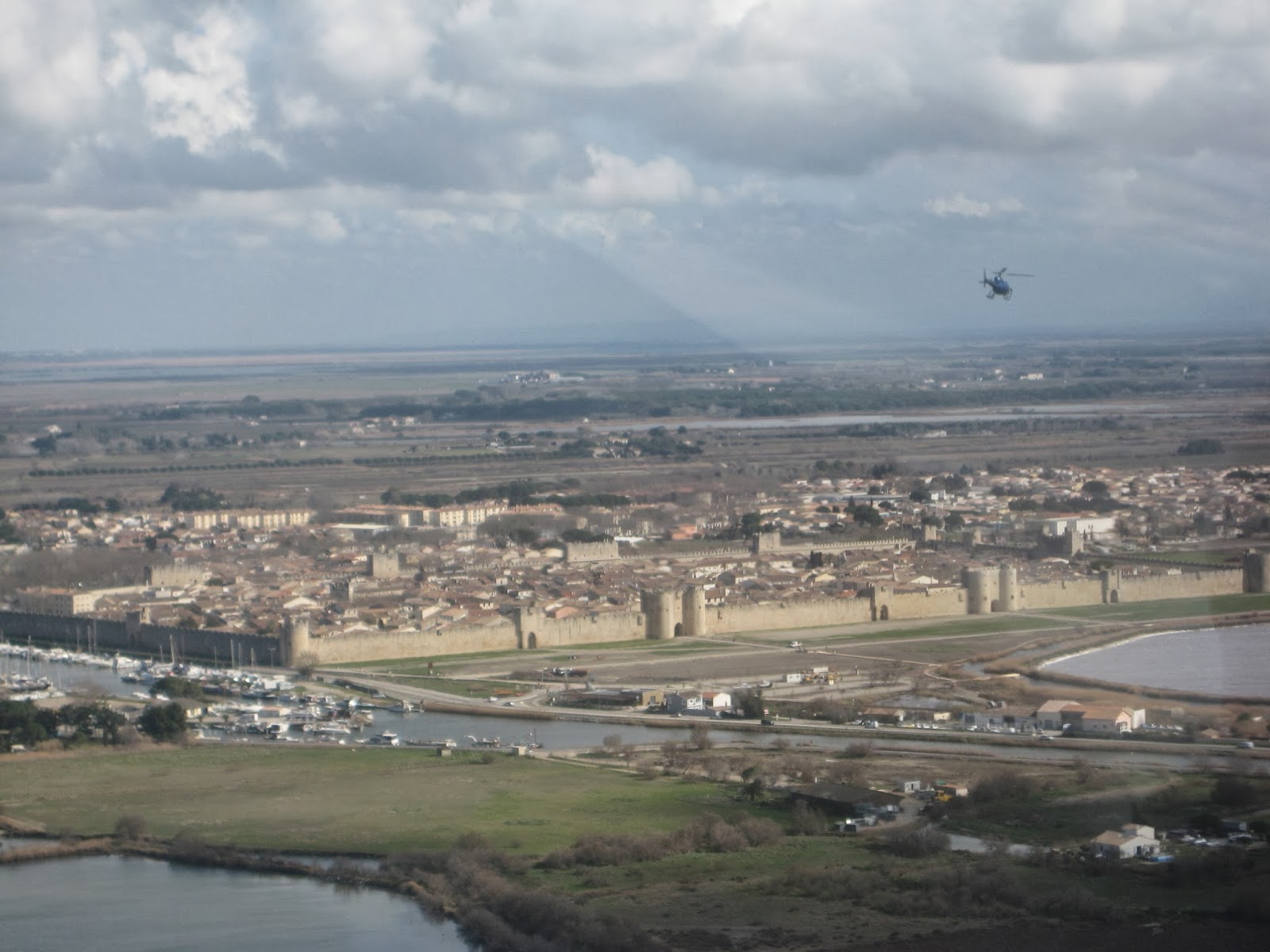 Nearby there was the marshes and lagoons of the Camargue, with green patches of vineyards. 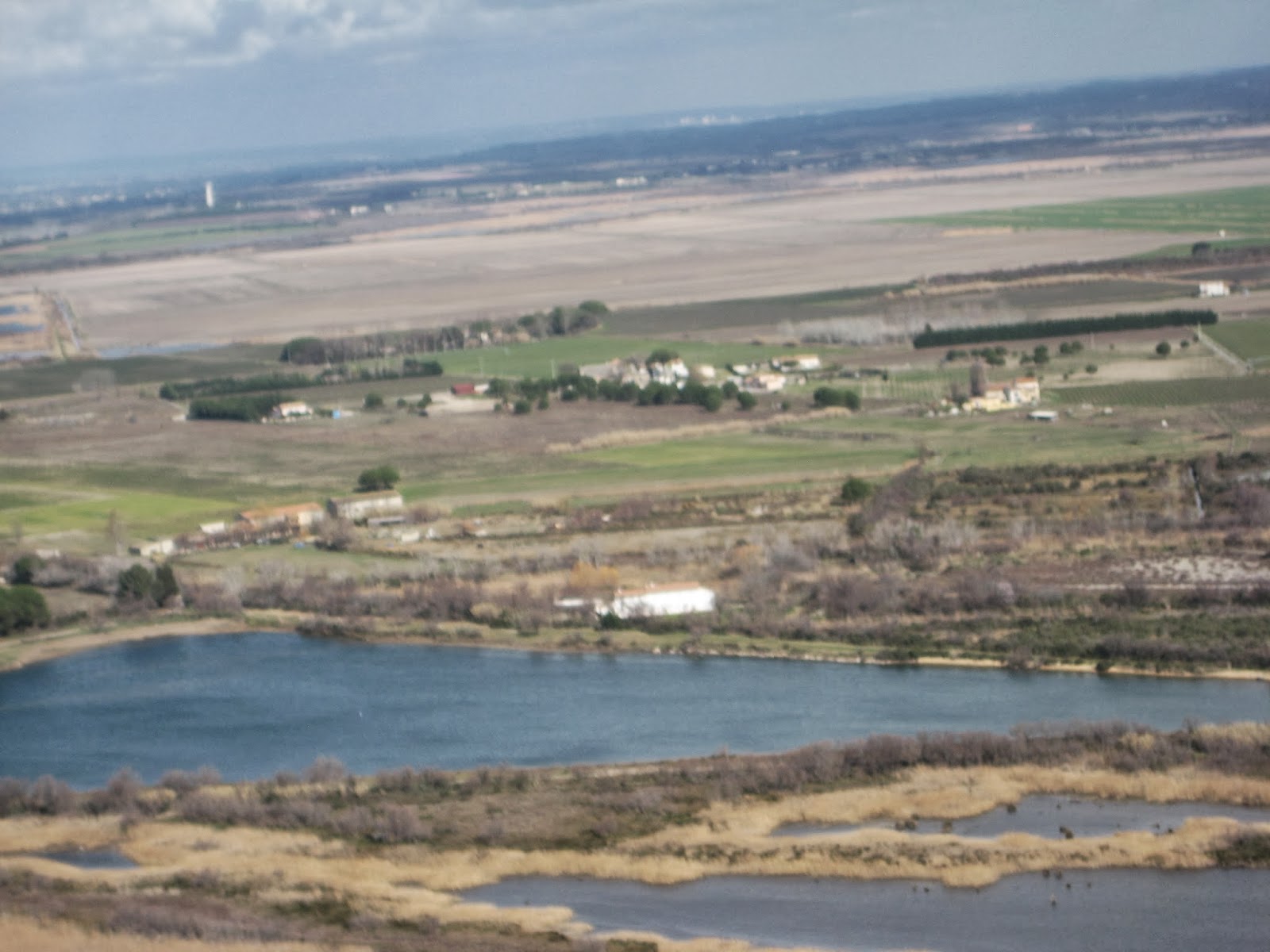 We circled over the estate and then the helicopter turned north towards the hills of the Larzac, heading for the newly acquired Domaine du Causse d’Arboras above the village of Arboras.    The scenery quickly changes as you leave the coastal plain.  There are hillsides covered with garrigues and dramatically higher altitudes.  It was not the finest of the days, so grey cloud hung above the hills.  I might have expected a more dramatic skyline, with the silhouette of the Pic St. Loup but that seemed to merge with the other hills, though I did spot the stark lines of the Pic de Vissou.  None the less the difference in terrain was startling.   You could see the path of the Hérault, with its narrow gorges above Aniane. 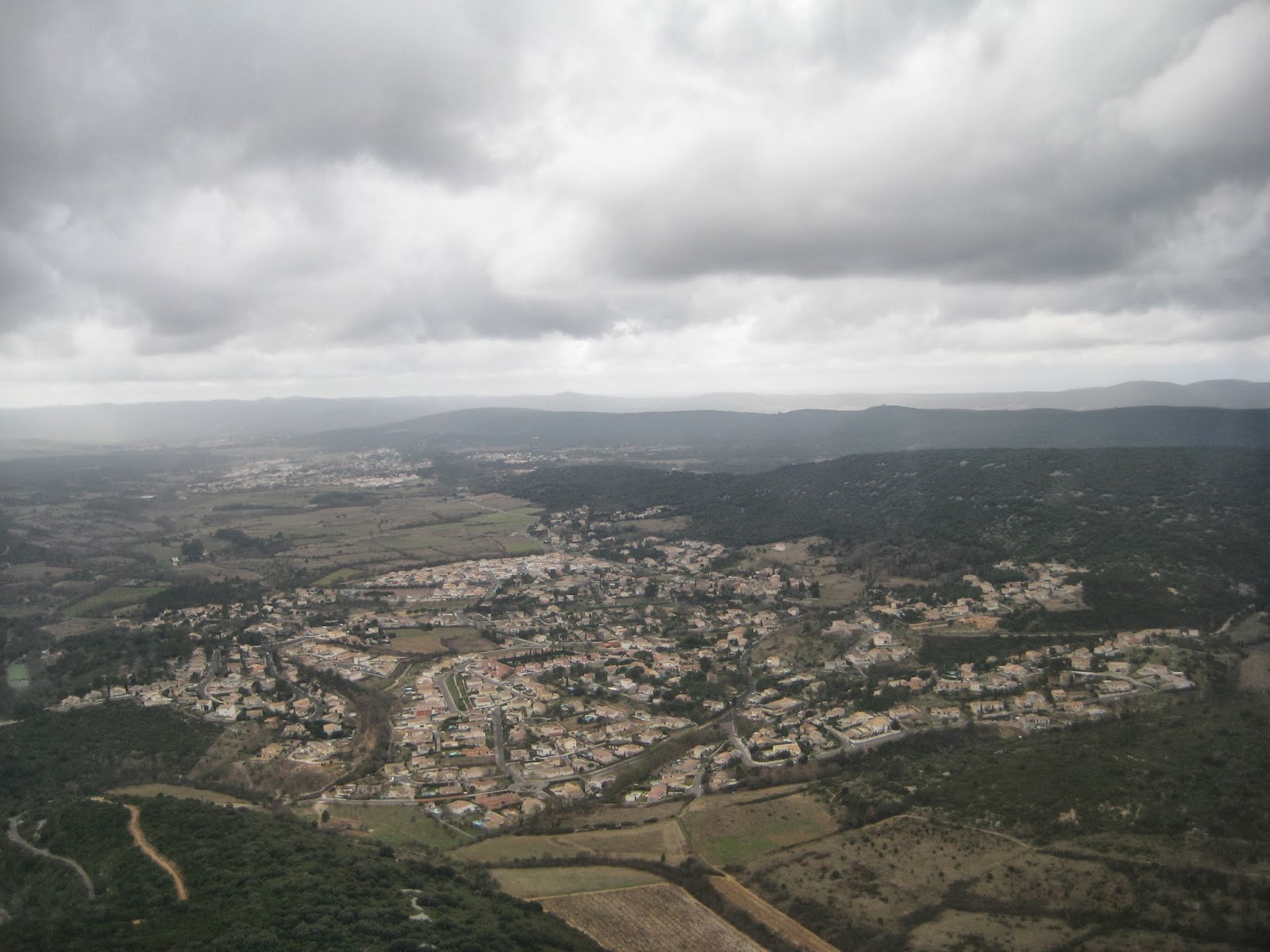 And then we turned south again heading for two neighbouring estates,  le Devois des Agneaux and Mas de Lunès.  This is when you realise how difficult it can be to identify things from the air.  Devois des Agneaux has a distinctive green tiled tower, but could we see it?  After turning over the Aumelas plateau at least three times we finally spotted it.   And Mas de Lunès. is a little further down the valley. 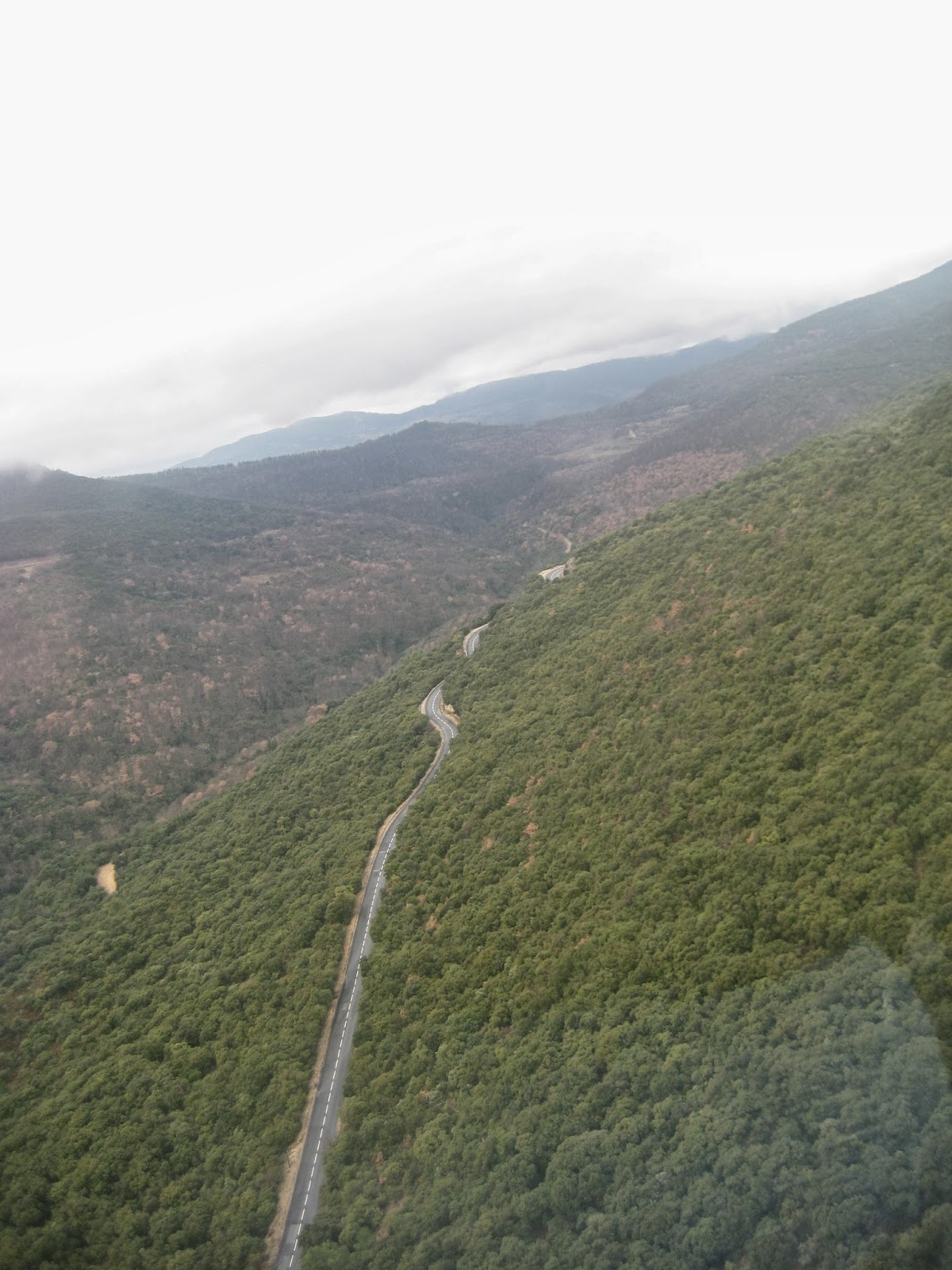 And then we landed at Mas Neuf, the estate within Muscat de Mireval, for a tasting of the wines of Domaine du Causse d’Arboras, followed by lunch with several more wines to taste or drink. 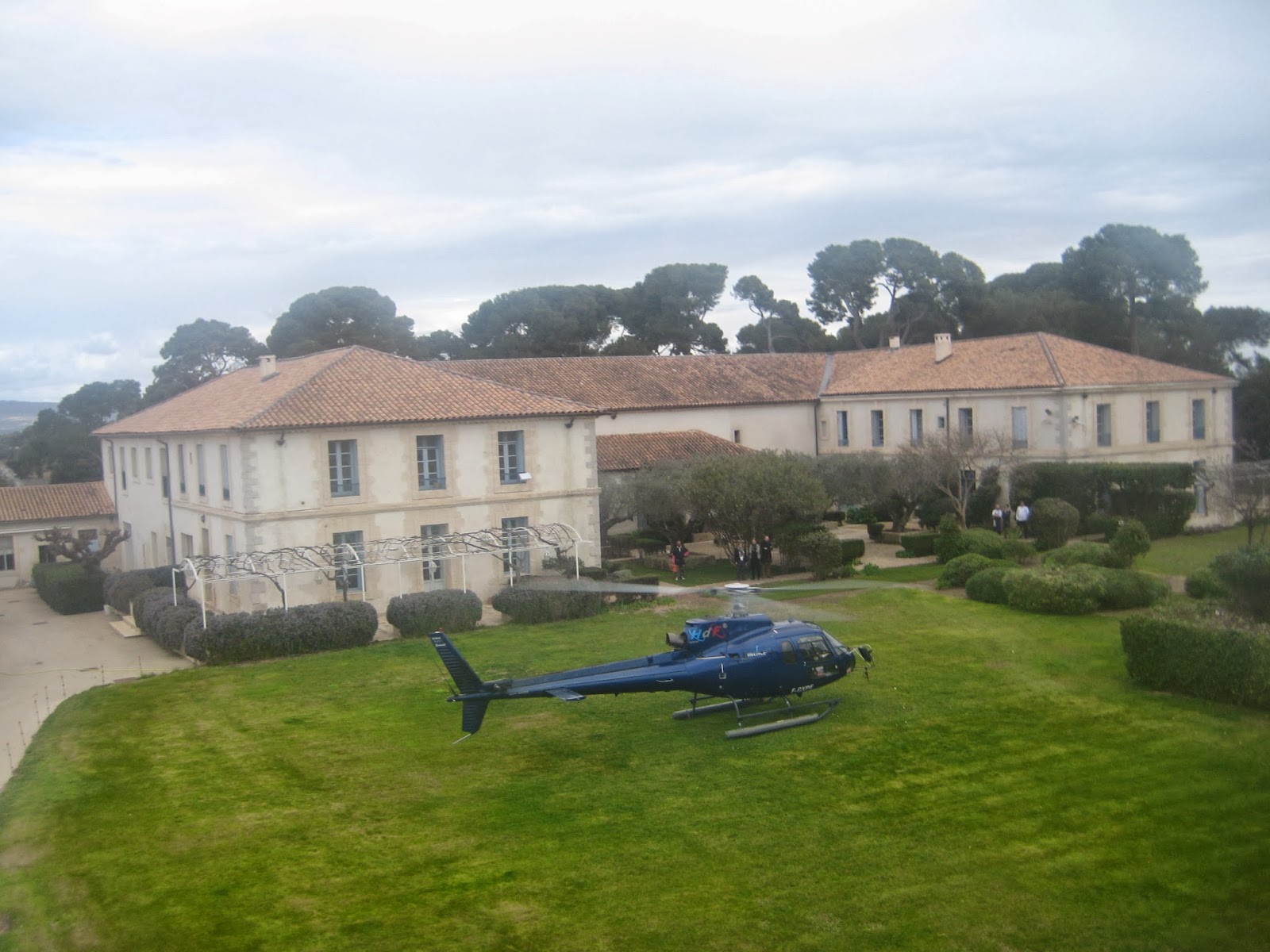 Jeanjean have only recently acquired the fifteen hectare estate of Domaine du Causse d’Arboras, so that 2013 was their first vintage, while they blended the 2012s.

2013 white, a blend of Roussanne, Vermentino and Marsanne.  Vineyards planted at a density of 7000 vines per hectares.  The winemaker, Mathieu Carliez, explained that Marsanne give spice and peppery flavours, Roussanne floral fruit and Vermentino some rondeur and volume.  They use an old basket press which gives very clean juice.  The wine was fresh with delicate white blossom of the palate, and elegant with some weight. 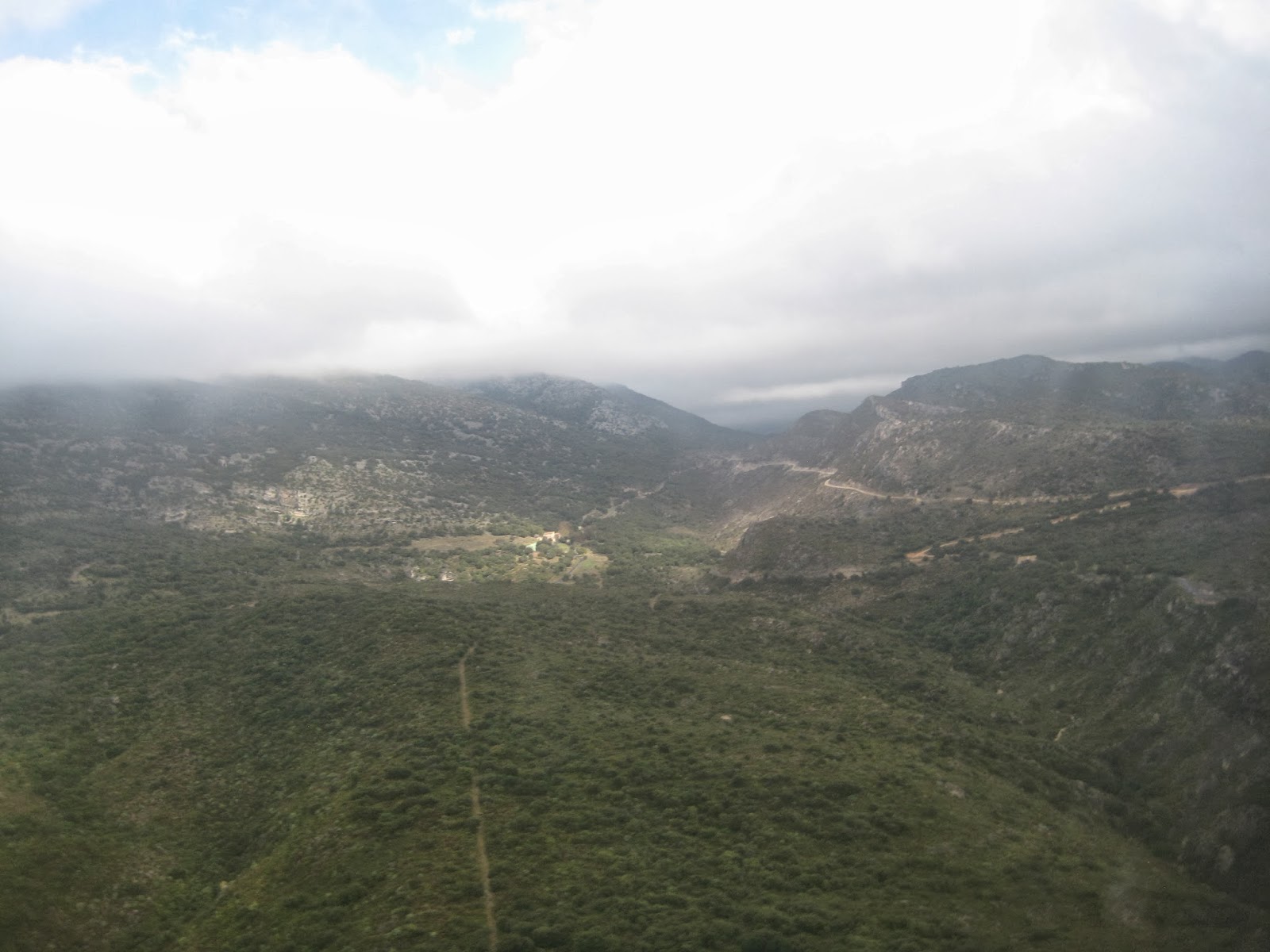 2012 La Sentinelle, with mainly Mourvèdre and Grenache and some Syrah. I hadn’t realised that Terrasses du Larzac must include three grape varieties.  For other Languedoc appellations it is usually two.  No oak ageing.  Medium colour, with red fruit on the nose, and fresh spice and fruit on the palate, with supple tannins.  The touch of Syrah adds more structure to the wine.

2012 la Faille, which is Syrah dominant, with 20% Grenache and 10% Mourvèdre, given an élevage in demi-muids.  Good deep colour.   Quite a firm youthful nose, and a more structured firm palate, with a long fresh finish.

2011 Cuvée 320 which refers to the altitude of the estate is also Syrah dominant with Grenache and Mourvèdre, and aged in newer wood.  It had a rounded nose, with some vanilla, and some firm structure and good fruit on the palate. 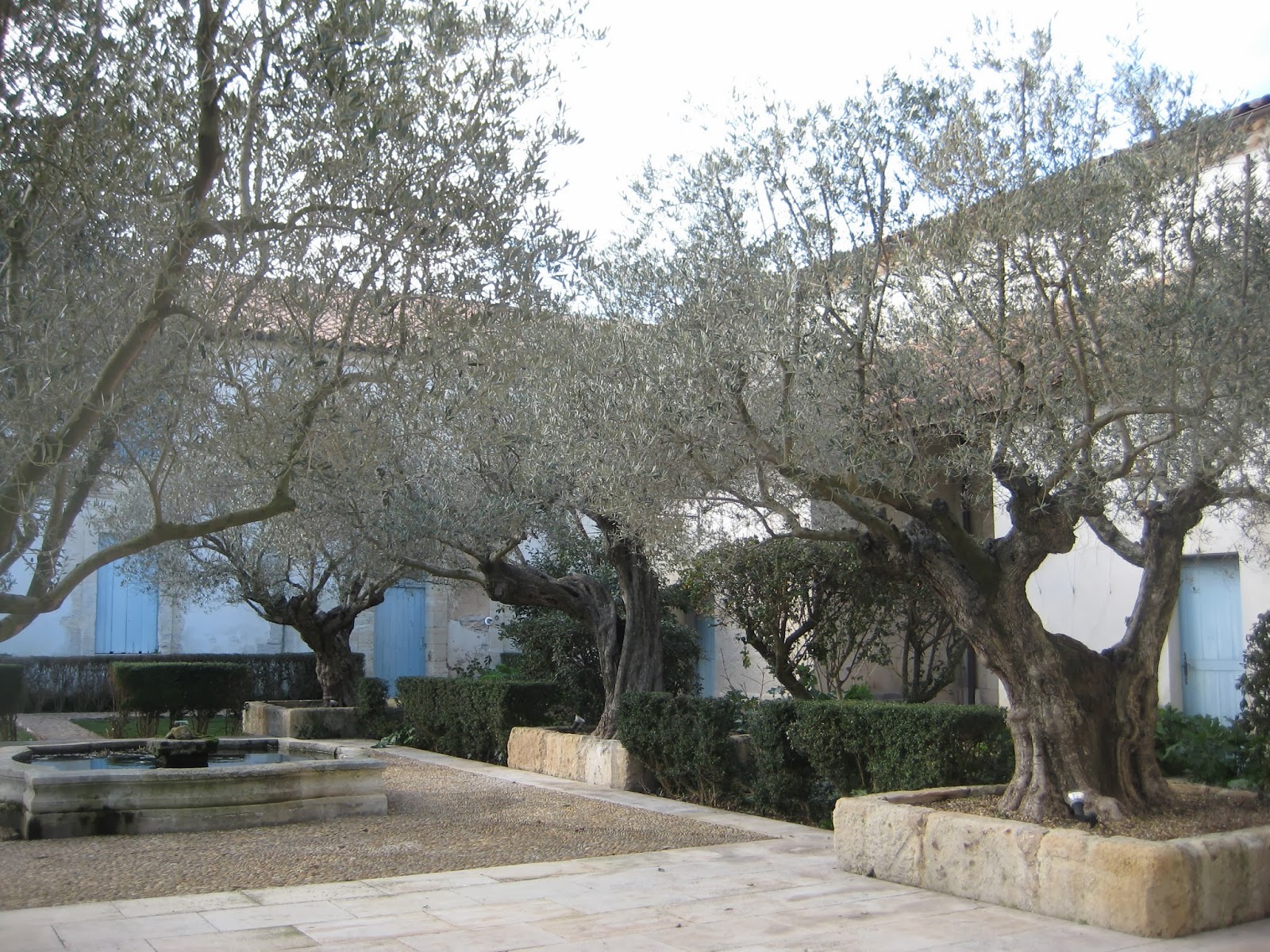 And with lunch the highlights included :

2013 Mas de Lunès white, a blend of Marsanne and Roussanne aged in 500 litres barrels.  The oak was light and the wine rounded and mouth filling.   And it accompanied an oeuf poché with lardons and an emulsion de parmesan.   I don’t think parmesan emulsion sounds very appetising in English, but it was absolutely delicious.

2013 white Faugères from Domaine de Fenouillet was fresh and fragrant with white flowers and satisfying fruit.   This came with piece of cod à la sétoise, with capers, celery and olives.  A lovely combination. 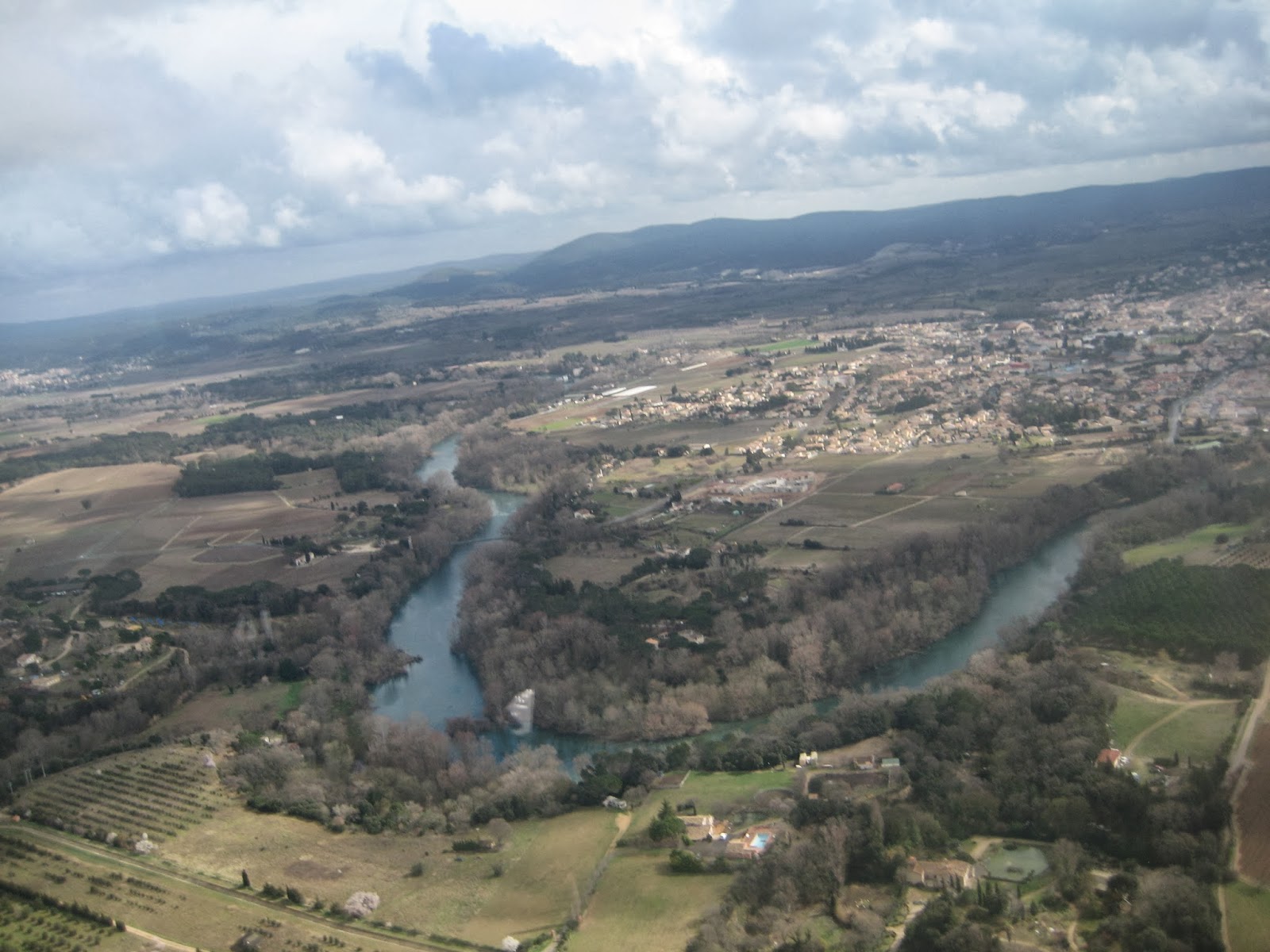 2011 Faugères Rouge Grande Réserve was rich and rounded, with supple warm fruit.  You could immediately taste the contrast with the wines from the higher Causses, with their freshness compared to the warmth of Faugères.  This was served with a chocolate pudding but I am not sure how well that worked.

And we finished with Mas Neuf l’Incompris, which was rich and honeyed, with a fresh finish.  It was an IGP d'Oc, rather than a Muscat de Mireval, for the simple reason that it was late harvest rather than muted with alcohol. 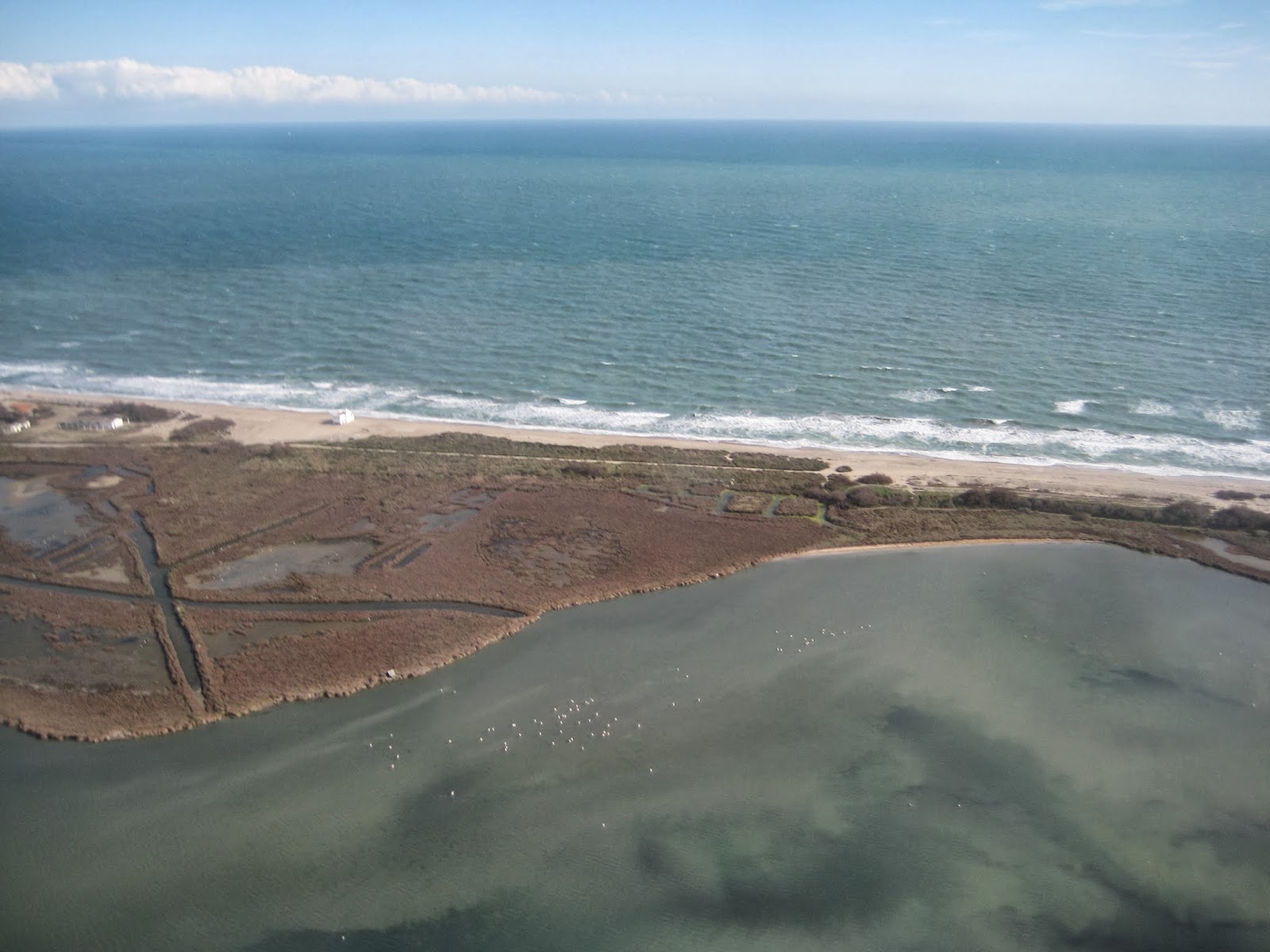 And after that it was a quick hop back to the airport and the hurly burly of Vinisud, flying above the coastal lagoons and spotting pink flamingos. 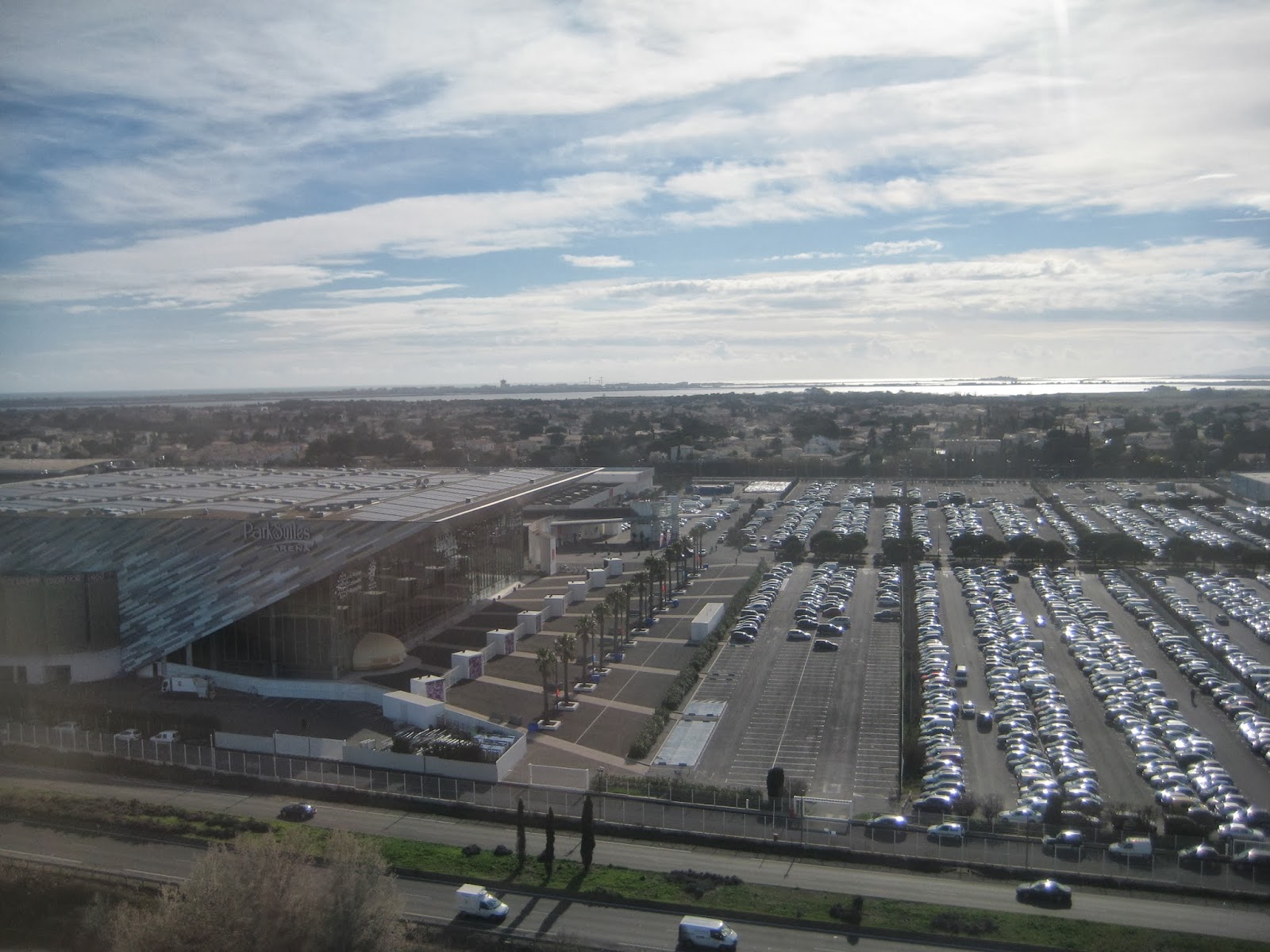