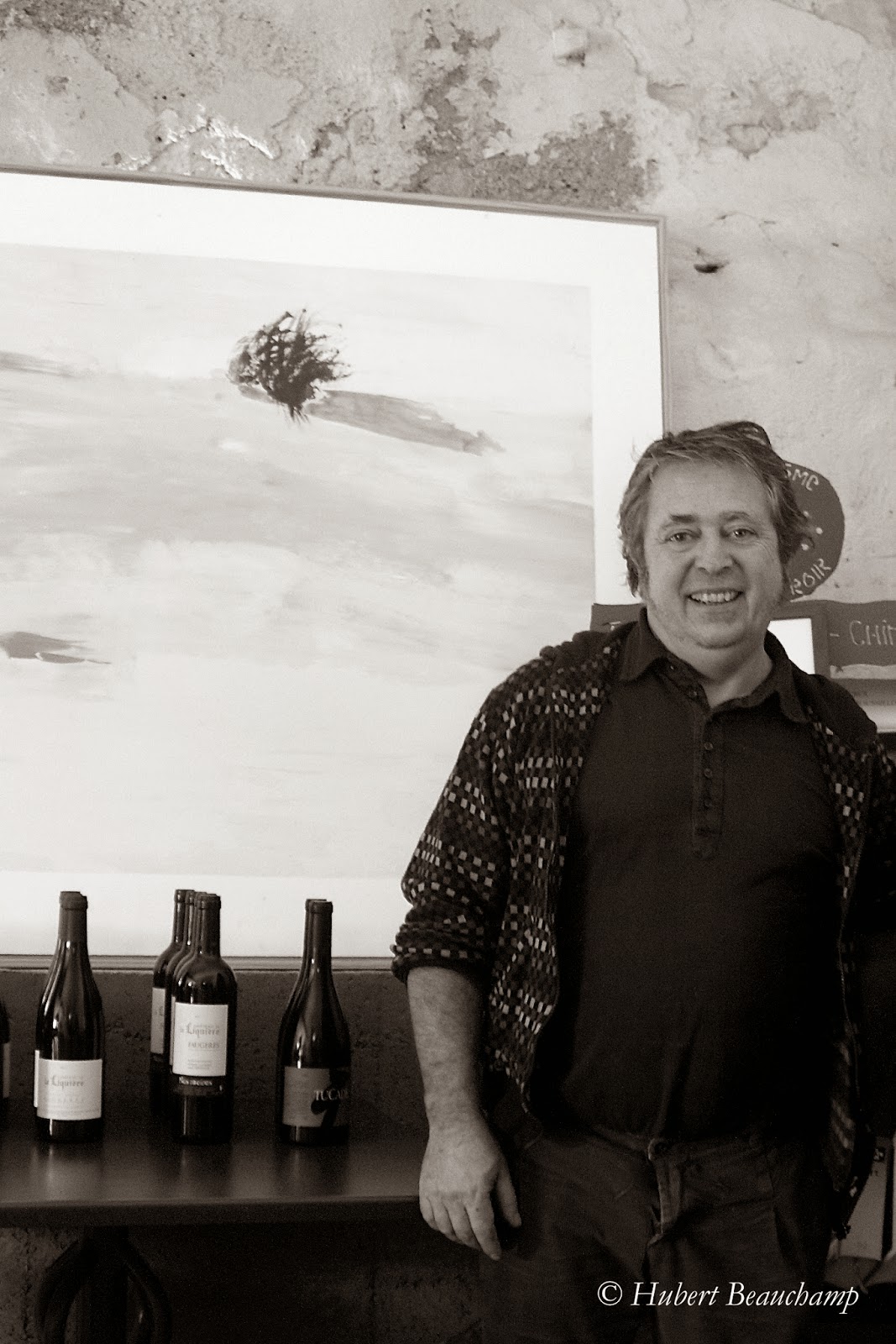 Wine growing can be a hazardous, indeed a dangerous occupation.  A sobering note in the Midi Libre a vintage or two ago warned wine growers that they had seconds, not even a minute to escape, should they fall into a fermenting vat of juice, before they would be overcome by carbon dioxide.

Equally dangerous can be the hazards of driving a high tractor on a steep slope.  If your tractor topples over, your only chance is to leap to safety and that requires presence of mind and agility.  So it was with great sadness that I read of the death of Jean-François Izarn from Domaine Borie la Vitarèle in St. Chinian in just such circumstances.   I first visited Jean-François for The Wines of the South of France back in 1999.  I embarrassed him hugely by insisting on drinking a cup of tea in his local café in Causse-et Veyran by way of a palate refresher after a previous tasting.  No self-respecting French vigneron wants be seen anywhere near tea.  And then we adjourned to his cellar for various barrels samples of the 1998 vintage, and some bottles of 1997, and then Jean-François cooked dinner.  His father was a chef and he loved cooking almost as much as wine-making.   And a delicious meal it was too.

Since that visit, our paths have crossed at tastings in London and Montpellier, most recently at Millésime Bio earlier this year.   As fate would have it, a cellar visit had been suggested, but the timing was wrong, and so it was to be postponed until the summer.  Sadly that will never be.

Jean-François’s wife, Cathy, is planning to carry on his work.  She is brave and I wish her good luck and great courage.  And for a more eloquent appreciation and a more recent tasting, do read Andrew Jefford on www.decanter.com on 12th May. 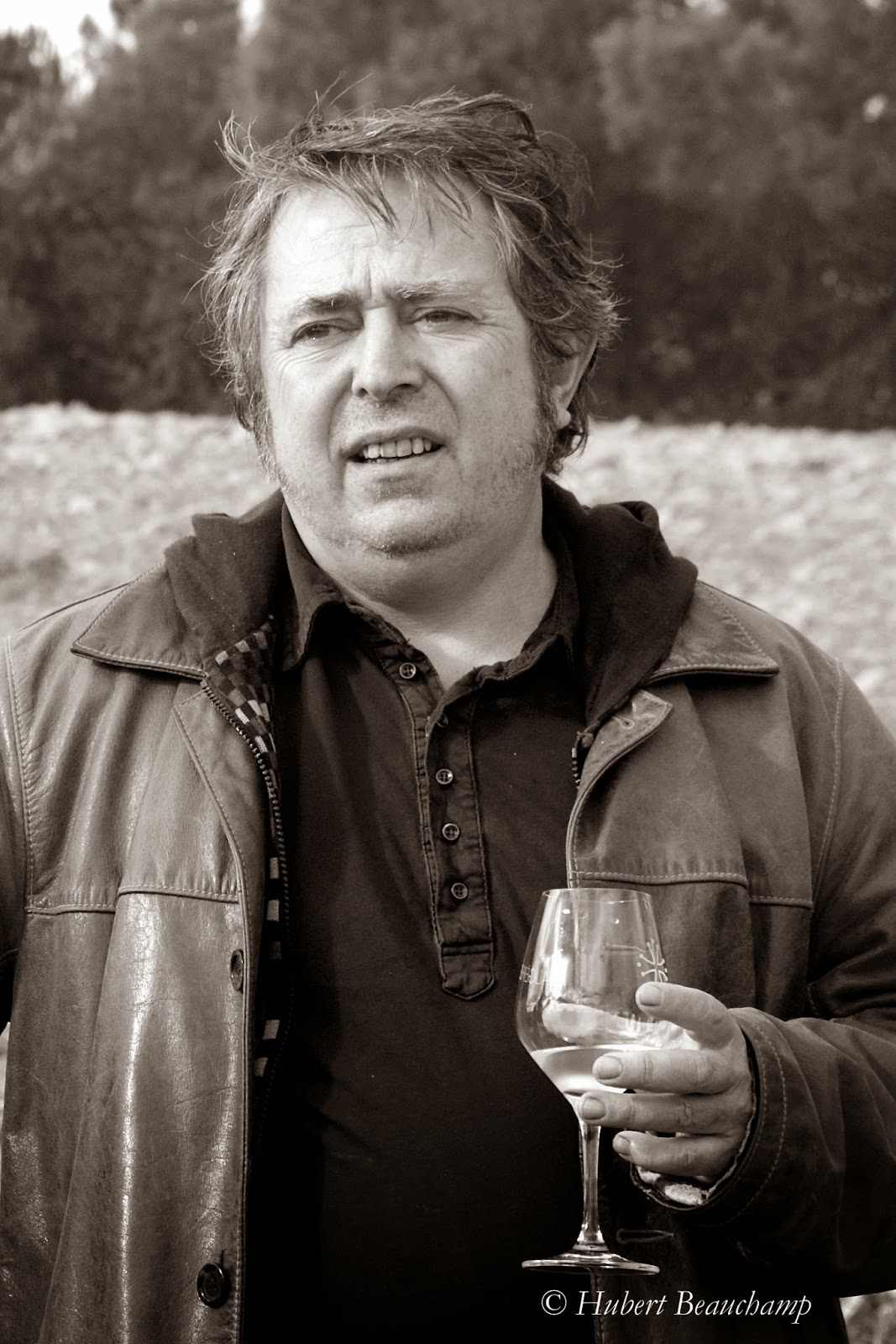 Meanwhile my notes from Millésime Bio include:

2012 Le Grand Mayol, a blend of Clairette, Bourboulenc and Vermentino.  Some firm herbal notes on both nose and palate; tight knit with a firm grip, good acidity and minerality.  A lovely original glass of white wine.

2012 les Terres Blanches, from Syrah and Grenache, grown on limestone soil, was perfumed on the nose, with ripe perfumed red fruit on the palate.  It was beautifully supple with a fresh finish.  A vat sample of the 2013 promised wonderful fruit, with Jean-François enthusing about the vintage.

2012 les Schistes a blend of Syrah and Grenache, grown on schist and aged in demi-muids, had ripe fruit and a more solid structure

Les Cres, comes from the third terroir of St. Chinian, villefranchien soil with galets roulées. It is a blend of 60% Syrah and 40% Mourvèdre, aged in older barrels and demi-muids.  The 2012 was quite dense and rounded with ripe fruit and a great depth of flavour.

2010 Midi Rouge, a blend of Syrah, Carignan and Mourvèdre, from a selection of vineyards, and vinified and aged for 18 months in demi-muids.  It was solidly oaky on the nose, with very serious, smoky spicy oaky fruit, and needs to evolve in the bottle.

There is no doubt that over the years Jean-François’s wines have become much more elegant and polished, making him one of the stars of St. Chinian.  I am so sad that I will never have that cellar visit. 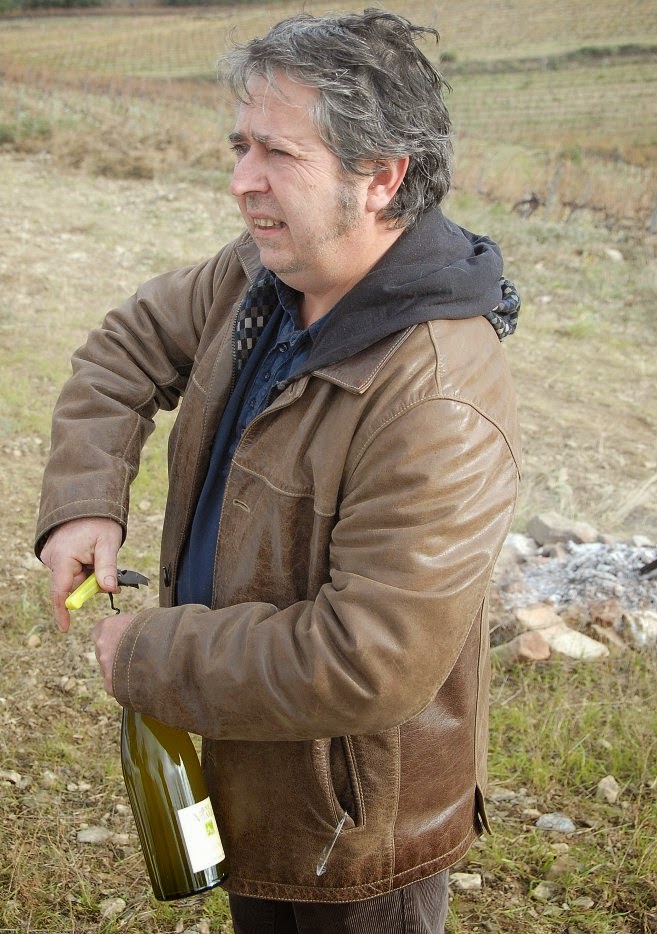