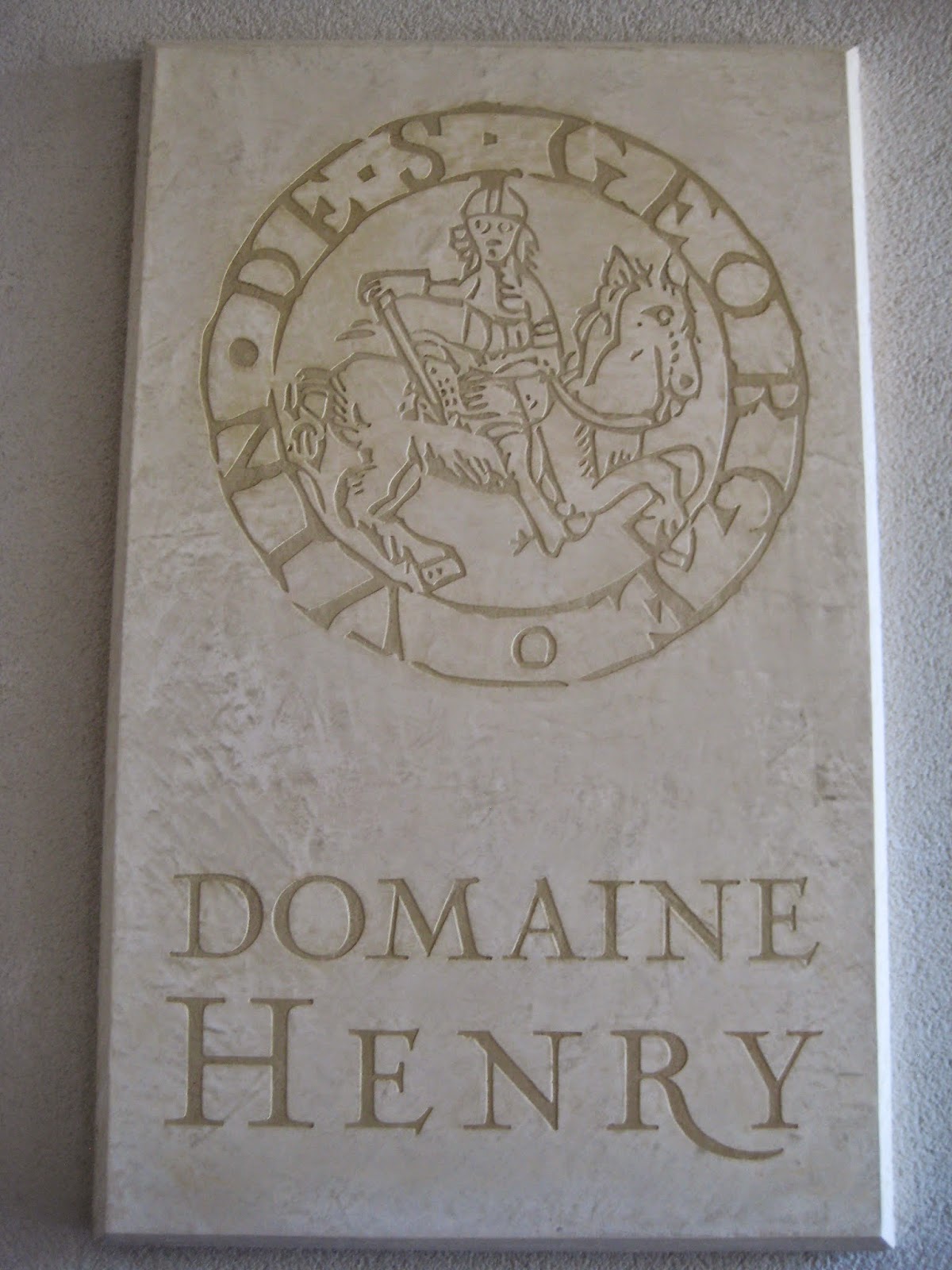 I first met François and Laurence Henry when they were at Domaine St. Martin de la Garrigue outside Montagnac.  Since then the family property has been sold and they have gone on to create a new estate of their own. Domaine Henry in St. Georges d’Orques, with a first vintage in 1993.  They bought vines from a coop member,  eleven hectares, planted with what François called the usual quintet Occitan,  as well as Chardonnay, and some Terret, with Terret Noir,  Gris and Blanc all in the same vineyard.   In 1998 they built a  simple functional cellar. The soil in St. Georges is a mixture of jurassic limestone, flint and some villefranchien galets roullées.

This year, 2014, the harvest started with Chardonnay on 3rd September, Terret was picked on the 4th, and the reds waited another week.       François talked about modifying the  terroir for they stopped using all fertiliser and weed killer in 1998 and are unofficially organic.   As François observed ; mon luxe est dans les vignes.  Ce n’est pas la casserole qui fait le plat; in other words it is not the saucepan, ie the cellar, which makes the dish.  We first tasted some rather murky juice of the first pressing of Terret; it seems ripe and sweet.   François uses very little wood; he prefers fruit, the true expression of the terroir. 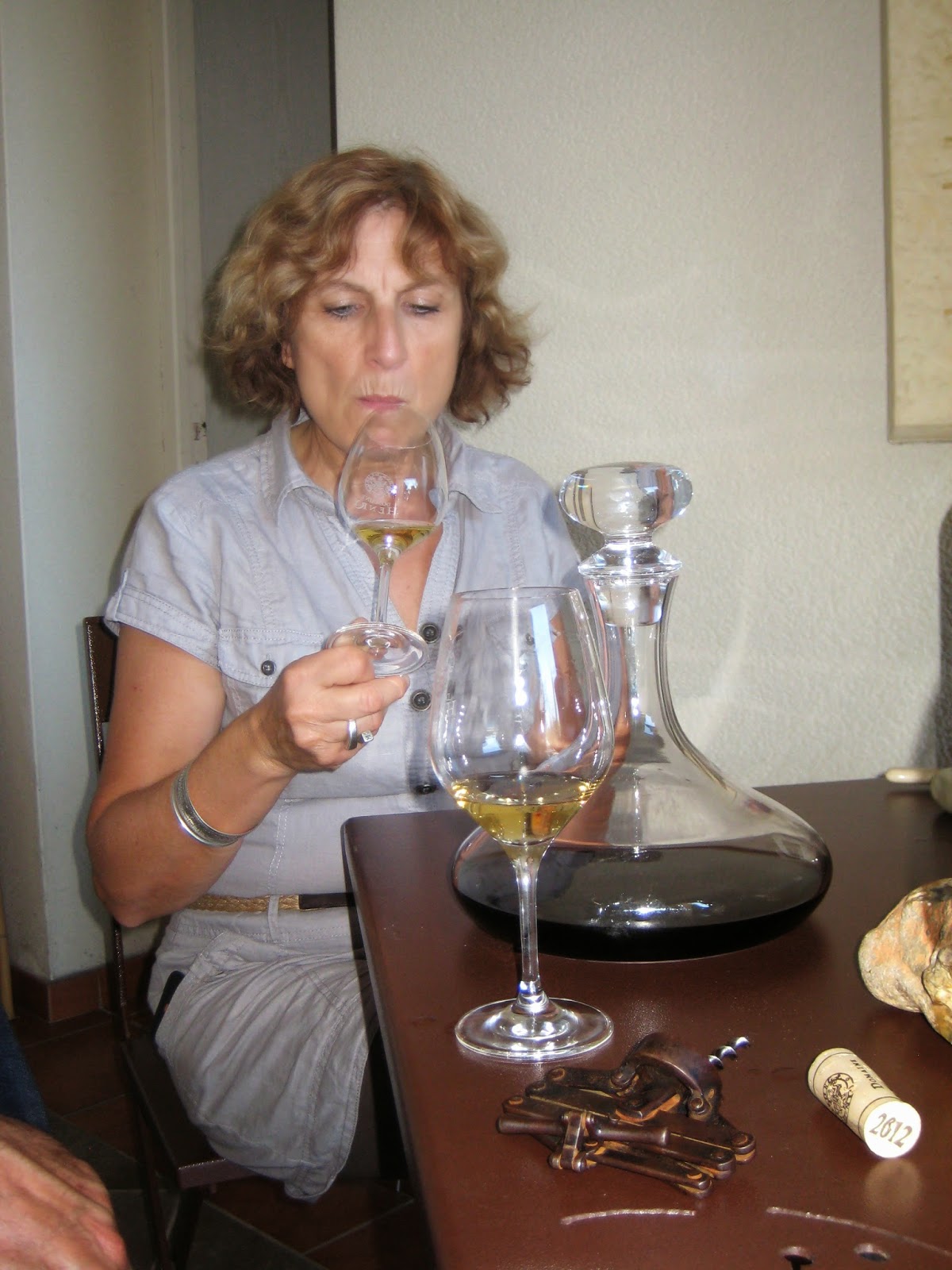 Then we tasted bottles, while their fox terrier Curtis provided diversionary activity.    They talked about the seal on the label which comes from a document found in the departmental archives, an acte de vente de St. Georges in 1738, with the brand used to mark barrels.  St. Georges d’Orques was well known in northern Europe at the time, as the wine travelled along the Canal du Midi to Bordeaux and further north.  No one else was interested in using the seal, so François and Laurence have adopted it as their logo on their labels.  It features St. George, but without the dragon.

2012 Blanc, Pays des Collines de la Moure  – 10.00€
Chardonnay and Terret.  The percentage depends on the vintage, but usually Chardonnay accounts for about 70-80%.  Quite golden in colour. Quite firm, dry and nutty on both nose and palate.    Chardonnay is on villefranchien and the Terret on limestone.  It was planted in the 1950s.  Good acidity.  Quite firm dry structure, on fine lees, in vat for 6 – 10 months.  Nicely fresh sappy finish. 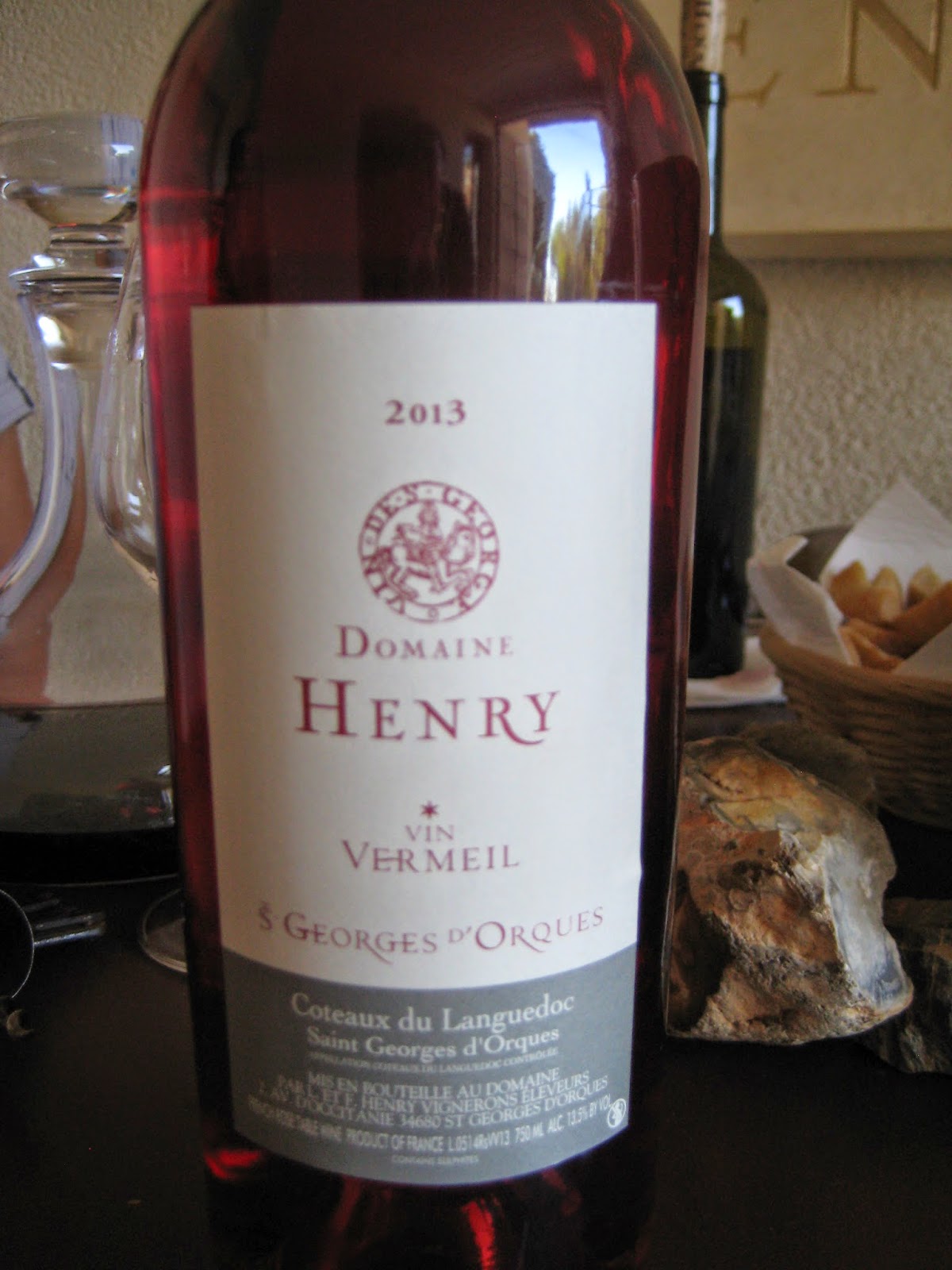 2013 Vin Vermeil, St. Georges d'Orques– 12.00€
Rosé de saigné –24 hours on the skins at the most.   All five varieties  Quite a bright red.  Quite solid cherry fruit with an  aniseed touch. Quite firms and structured.  A food rosé

Altogether there are about 15 – 20 producers of St. Georges d'Orques, of varying sizes and importance.  In the village of St. Georges itself, now virtually a suburb of Montpellier, they are the only ones apart from the coop.  Other big estates include Fourques, l’Engarran and Guizard at Lavérune.     An observation about Domaine de la Rime, which was created when Domaine de la Prose sold some vines – it’s a paradox, la vigne s’échappe, the vines are escaping from those who really live from them.  Domaine de la Rime has been created by somebody who wanted some vines for his retirement and  Bertrand de Mortillet at Domaine la Prose makes the wine for him.

2010 St. Georges d'Orques– 17.00€
A good vintage.   Mainly Grenache, plus some Syrah and Mourvèdre, with a little Cinsaut.  Élevage in vat, with 15% in wood.  Good colour.  Quite rounded leathery nose.  Quite firm. Quite tannic, leathery red fruit.  With tapenade and black fruit.  Francois observed that 2001 has been the most exceptional vintage over 30 years. 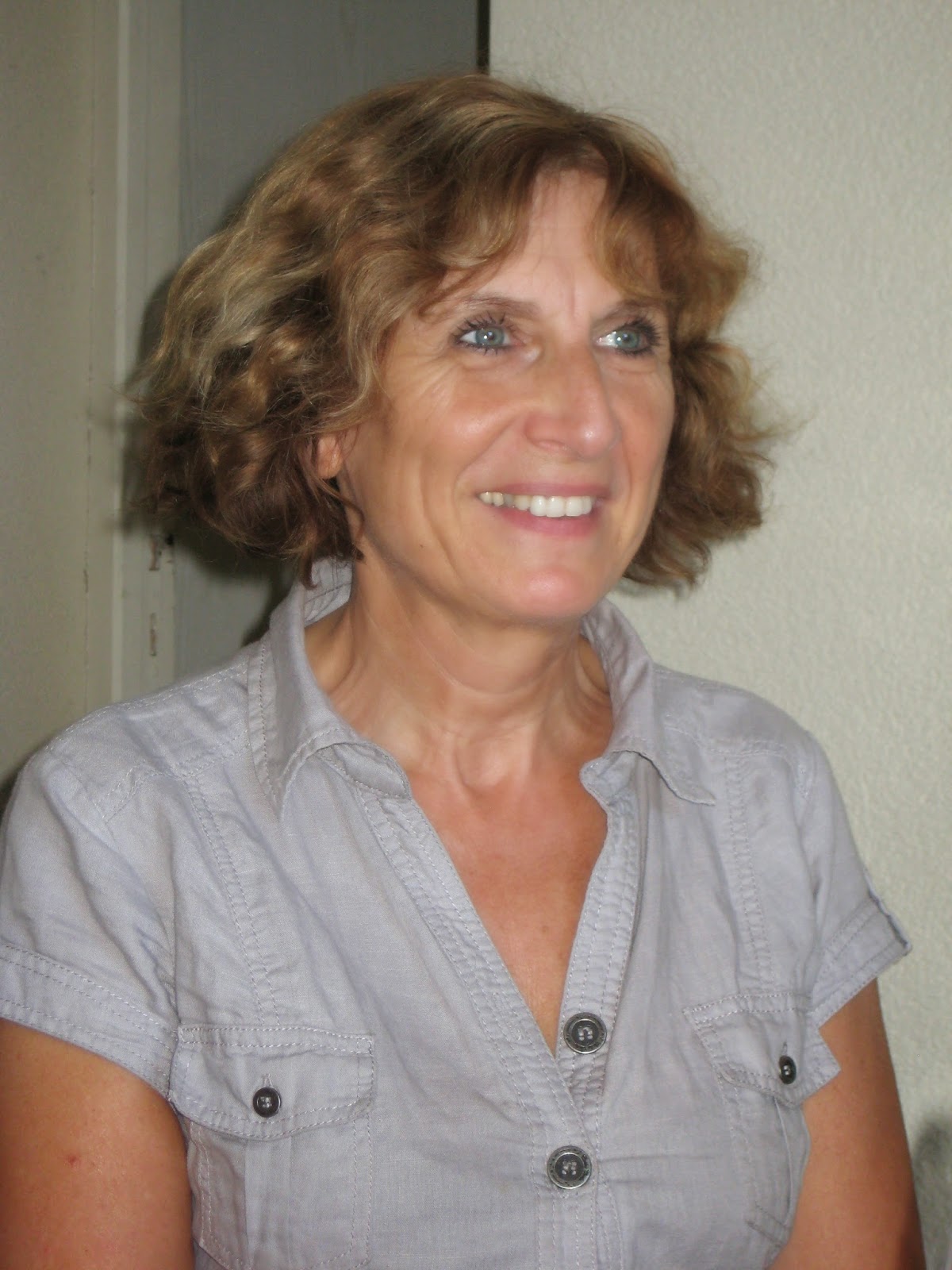 2011 Villefranchien, St. Georges d’Orques – 25€
90% Grenache planted  in 1920  and 1947   Light red colour, almost like Pinot Noir.  Fresh liqueur cherries, with acidity and tannin.  Medium weight.  No wood.  François does not make each wine every year.  If you think in terms of the Burgundian classification, St. Georges is his village wine and Villefranchien the premier cru.

2009 le Mailhol, Vin de France – 36.00€
To replicate the wine of St. Georges that was famous in 18th century and mentioned by Thomas Jefferson in 1780, François has planted Morastel noir à jus blanc, Ribeyrenc noir, Aspiran gris, Terret noir and gris, Oeillade gris and noir.  The vineyard was planted in 1998 to make a very first vintage in 2000.  It is just 60 ares, which give 15 hls or 2000 bottles.  François researched in the archives, and obtained cuttings from the Conservatoire de Vassal.  Obviously he had no experience of any of these varieties which are blended in the vineyard.  And the wine was quite different from anything else I have ever tasted in the Languedoc, with the possible exception of C de Centeilles, which is also made from lost varieties.  Medium colour.  Quite rounded nose, with some red fruit, a ripe freshness on the palate, of dry cherries.  Medium weight, very intriguing.   Very elegant.  Quite a dry finish with some tannin.  Youthful.  Griotte cherries.  Very intriguing. 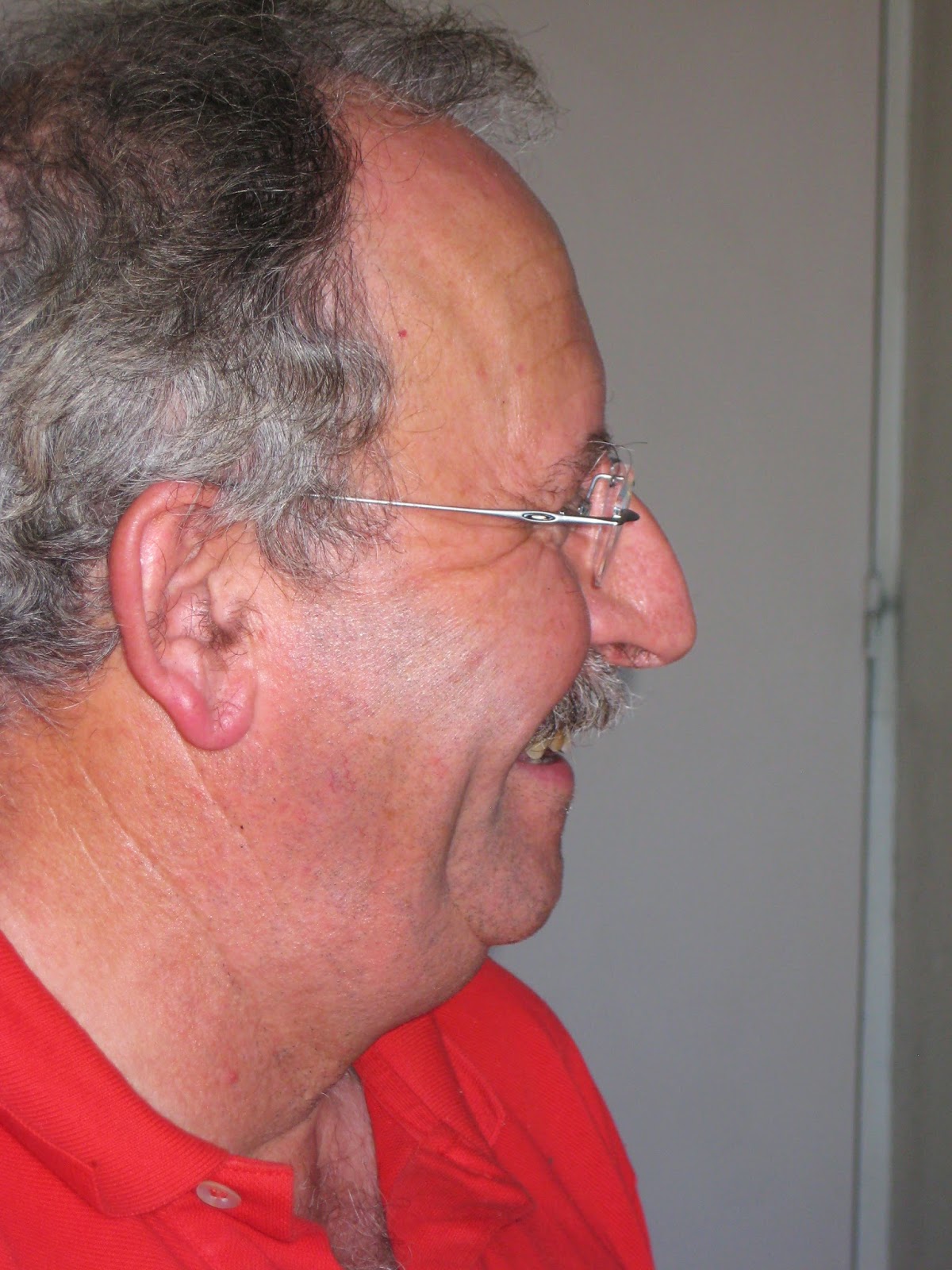 And then François opened the 2003 Mailhol.  The colour is evolving a little, with notes of sous bois and mousseron the nose, and a hint of thyme.  Quite mature, elegant fruit and some leathery notes. Very intriguing.  Francois admitted to being agreeably surprised as to how well it had aged; he hadn’t been sure what to expect.as he hadn't tasted it for a while.

He commented that in the 1700s, the ban de vendange was usually in the middle of October as these old grape varieties ripened much later than those of today.   He is looking for the roots of the region; il faut savoir d’où on vient.  I wondered about other wine growers with these old varieties – Patricia and Daniel Domergue come  to mind, at Clos Centeilles in the Minervois, and also Thierry Navarre in Roquebrun.   Villeveyrac apparently was known for its vins de Morastel, and Langlade for Aspiran and Ribeyrenc.

And then we finished on a sweet note; 2011 Passerillé.  12˚, mainly Grenache, and vin de table,  No added alcohol. Élevage in vat.  Very fresh red fruit. Ripe and rich with balancing acidity.  It went deliciously with some Roquefort.  A great finale to a friendly visit. 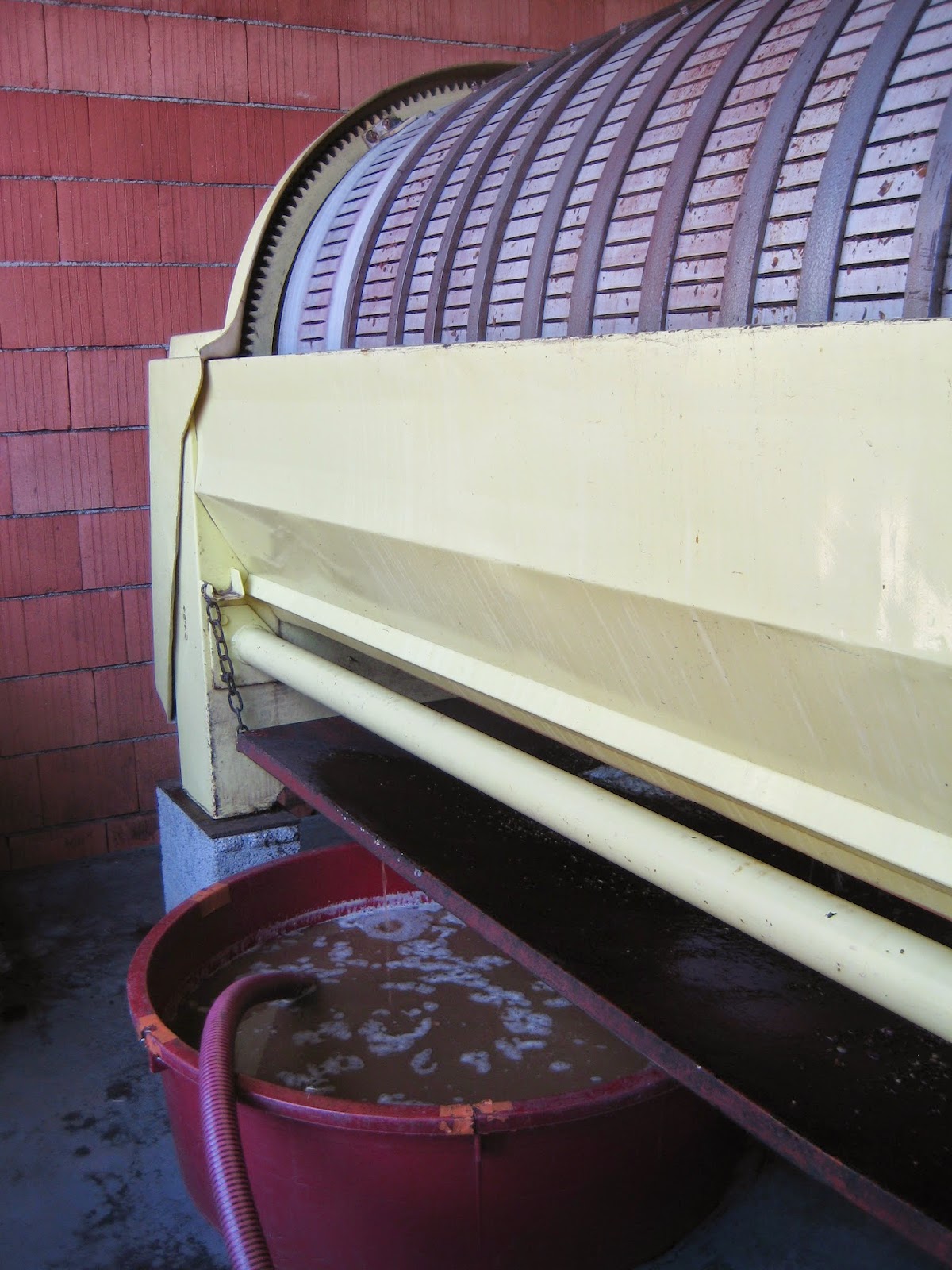 Guy p said…
Hi Rosemary, loving your weekly updates. They help us plan our annual sojourn to St Chinian every April/May, sadly too far away. We have spoken (emailed) before regarding a television series I'm working on about wine and mentioned the possibility of a catch up in Pezenas. Karyn and I will be back again in May and wonder if you'll be available for a bite to eat and a glass of wine? Guy P
21 October 2014 at 23:13

Alan March said…
How about Castets Rosemary?
Jeff Coutelou is one of only 2 produces in the world as you can see on my blog here http://amarchinthevines.org/2014/09/29/skull-crusher/