Château Beauregard-Mirouze in the Corbières – a zoom with Karine Mirouze

Following on from a contact via the Millésime Bio website, Karine MIrouze and I arranged to talk on Zoom.    It has been quite a while since my last visit to Château Beauregard-Mirouze in the Corbières so it was time for an update. 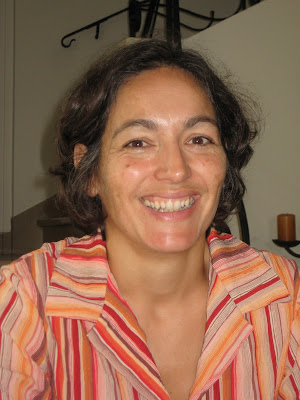 Karine talked about their work in the vineyard and how it has evolved since my visit.   They have worked organically since 2010, but that was not enough.   She explained the need for what she called a global ecological approach, that encompasses everything in the vineyard, and also entailed the transition to biodynamics.   They are planting more trees and working to protect the birds.  They work with a shepherd and a flock of 70 sheep that graze on the property all the year around, with extra lucerne grown for their winter diet.  Essentially, they consider the whole environment of the vineyard.
They are also working more à la parcelle, and taking a more detailed look at their various plots.  For instance, they realised that a vineyard planted in 1973 and declared as Syrah actually included a significant amount of Carignan!   They now pick when the Syrah is ripe, and the Carignan not quite ripe, so that it adds freshness and character to the wine.

And there have been additions to their range and some experiments in the cellar.  Some have worked; some have not.   There is a Pét Nat, Rouze, based on Cinsault, and light red in colour, to which they add some Mourvèdre.   It is left to ferment in the bottle and disgorged at the beginning of January.  Pétouze, meaning a petit oiseau or little bird, is a red pétillant, which Karine said was a little refined than Rouze.

They are also experimenting with a white vin de macération, made oxidatively, so that it is rancio in character.  Karine admitted that the first attempt in 2017, for which the grapes were not destalked, and the wine given a long élevage, was undrinkable!  In 2018, they destemmed and gave the juice a week’s maceration before pressing, and that was much better.  They used Roussanne, and then aged the wine in oak for 12 months, and now it is in vat.  They want to accentuate the rancio character.    And in 2019 the juice spent three weeks on the skins.  You get more tannins, and then what Karine called the gras or weight and richness takes over, and that was ready earlier and worked well.  But then in 2020 their white wine harvest was too small, to allow for any experiments.

Karine explained how in 2019 the cool weather at flowering in June, followed by the heatwave had impacted on the flowering and the crop for 2020.  On the other hand, 2019 was the biggest crop that they had had in 20 years.

And I promised to visit just as soon as we are able to travel again.   Château Beauregard-Mirouze is close to the wonderful abbey of Fontfroide, so that provides another reason to venture into the Corbières. 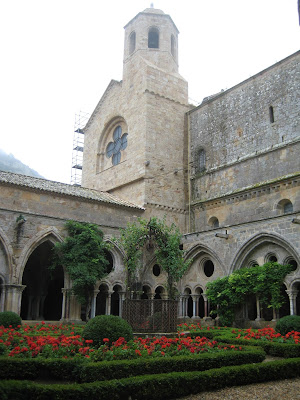