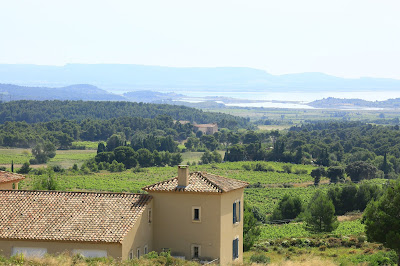 An invitation via Millésime Bio to meet resulted in an hour’s conversation on zoom with Jérôme Estève of Château Montfin in the village of Peyriac-de-Mer in the appellation of Corbières.

Jérôme reminded me that I had tasted his wines in London a while ago, but also explained that the range and style had changed significantly, with the 2018 vintage.  His first harvest was in 2002.  He comes from Toulouse, and in 2002 bought a bankrupt wine estate.  He began with ten hectares, and now 20 hectares of vines on the massif of Fontfroide at an altitude of 100 metres.   Old Carignan dominates his vineyards, accounting eight hectares, with vines aged between 60 and 90 years old.  There is also Grenache, and some Syrah and Cinsault and a little Mourvèdre.  For white wine Jérôme has Grenache Blanc, Vermentino, Roussanne and a little Clairette and Macabeo.  He has replanted some Cinsault and Carignan, but finds that Syrah does not work well as it copes badly with the wind and drought.

First of all, Jérôme described his range – tantalisingly, as there was of course no wine to taste.  All his wines are Corbières. He makes four red wines.  First is Sur Pilotis from Carignan with some Grenache and a little Syrah, that is aged in vat, with an emphasis on fruit.

Vincent, a wine without any sulphur and a play on words vin sans …..this conversation proved to be a sharp learning curve as far as my skills in French dictation were concerned and I was definitely found wanting…… Grenache is the main variety in Vincent, with some old Carignan and a little Syrah with a classic vinification and a long cuvaison, with the wine kept in vat and bottled in the spring.

Les Fées de l’Etang – another play on words, the fairies, or l’effet or the effect of the lagoon, which makes for freshness and salinity, with a gentle maritime breeze.  A selection of plots, Carignan, Grenache, Syrah and a little Mourvèdre, aged in old barrels, and also amphorae.  Jérôme commented that they have had more rain and humidity in the last couple of years.  He has worked with amphorae since 2018, and prefers sandstone amphorae, from Italy rather than terra cotta, which is too porous and much more difficult to clean. He uses them mainly for Carignan and puts the Syrah in barrel and Grenache in vat.

The final red wine was l’Une – rather than Lune… from two old plots of Carignan and Grenache with very low yields, just 15 hl/has.  The grapes are picked at the end of the harvest – the wild boar can be a problem – and the fermenting vat is a mixture of destemmed grapes and whole bunches, with some pigeage and a long cuvaison.  It is not made every year with 2016 the most recent vintage.  Jérôme observed that he is aiming for softer tannins and a more gentle extraction.

As for whites, there are two.  Sur Pilotis from Roussanne, Vermentino and Grenache Blanc with a little Clairette and Macabeo.  And Cuvée St Jacques, from 40-year-old Roussanne, with some Grenache Blanc, which are picked very ripe and vinified in wood.    The Rosé, L’Etang Danse, comes from Cinsault and Grenache, and is mainly pressurage direct, with a little saignée to give some vinosity and weight.  The label apparently shows a flamingo with a dancing shoe!

Jérôme talked about his work. He has been farming organically for ten years now and uses some of the biodynamic treatments.  He favours natural yeast for his red wines, but finds they are not so successful for white wines, and has had problems with stuck fermentations, so he prefers neutral cultured yeast for white wine.

In the vineyard, he is working on cover crops, which add nitrogen to the soil and prevent erosion and ravinement, and allow for better water penetration, making the soil live.  He is very interested in agriculture forestière and has planted over 2000 trees over the last six or seven years, mainly fruit trees such as pomegranate and almonds.  At Peyriac-de-Mer, all the wine growers are already organic, or converting to organic viticulture.  They are very aware that they are in a protected zone, with the nearby national park.

Jérôme also talked about what he called la taille douce, whereby you try to understand the functioning of the vine, and prune where you will least disturb the flow of the sap, and avoid a large cut in the vine, which can cause disease and tire the vine. The pruning is usually higher up the vine, which may also entail a need to debud later.   He first started this method in 2019 and has seen a difference in the change of the behaviour of the vines.

And our last topic of conversation was what Jérôme called a DGC- Délimitation Geographique Complémentaire - for an area within the appellation of Corbières to the south of Narbonne.  This has been under discussion since 2017, and Jérôme is involved with an area that covers a handful of villages south of Narbonne, which are limited by the Massif of Fontfroide, namely Bages, Peyriac-de-Mer, Sigean, Portal-des-Corbières and Roquefort-des-Corbières, including about 30 estates and a couple of cooperatives.   Essentially, they form an amphitheatre, with the Massif de Fontfroide behind them, facing east and the sea, so that they enjoy a maritime influence.  They do not want the cahier des charges to be too restrictive.  It is a collective project, and Jérôme has, as he put it, taken up the challenge, the baton or the stick for his area. The appellation of Corbières is one of the biggest, with considerable variations, and there are other DGCs in the pipeline, namely Durban, Lagrasse, Alaric, the Terrasses de Lézignan, but as yet nothing settled.   Boutenac is already recognised as a cru.  They would like the name for the coastal area to be Peyriac-de-Mer, which really identifies the area, but there is a problem, there is an IGP Coteaux de Peyriac in the Minervois, and you cannot have the same or a similar name for an appellation and for an IGP.  And inevitably confusion would arise.

These things take time and at the moment they are in discussion with the INAO in Narbonne and are preparing what Jérôme called a pre-dossier.  The next step would be a dossier to submit to the INAO.  They do not want it to be too restrictive; they may limit the percentage of Syrah, but they would prefer not to have a délimitation parcellaire, and it would include all three colours.   They would also like to impose organic viticulture.   And when might this actually come into effect?  Jérôme thought it would take at least two or three years, so maybe for the 2025 vintage.    So a question of watch this space. 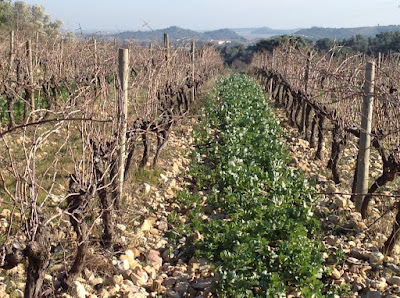 Bob Rossi said…
"Jérôme talked about his work. He has been farming organically for ten years now and uses some of the biodynamic treatments. He favours natural yeast for his red wines, but finds they are not so successful for white wines, and has had problems with stuck fermentations, so he prefers neutral cultured yeast for white wine."
I like that attitude. Not doctrinaire. Just doing what he considers the best approach under the circumstances. Too bad I'll probably never get to taste his wines.
30 March 2021 at 14:47

Rosemary George MW said…
Think positive. You will get back to the Languedoc one of these days, or he will sell them to the US.... But I agree. He came over very well on a zoom chat.
2 April 2021 at 11:26