The wines of Roussillon 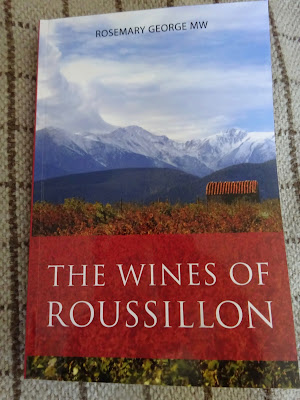 Published today by Infinite Ideas, http://www.infideas.com/buy-the-wines-of-roussillon/  as part of their Classic Wine Library

Why write a book on the wines of Roussillon?    For the simple reason that Roussillon stands alone, proud and independent.  For so long it has suffered a union of convenience with the Languedoc, when the wines of two relatively unknown areas lacked any reputation, and when it was simpler to refer to the departments of the south, without differentiating between them, as Languedoc-Roussillon.  Roussillon deserves so much more than that; it needs to come out from under the shadow of the Languedoc and stand alone.    Its history is different; its language is different and the wines are quite different and original.   Much of Roussillon is Catalan; the people speak Catalan whereas the Languedoc is part of Occitanie and people speak Occitan.   Roussillon did not become fully part of France until the Treaty of the Pyrenees in 1659.

The original reputation of Roussillon is founded on what are rather clumsily called vins doux naturels, VDN for short, and fortified wines with Grenache the key grape variety, as the most suitable grape variety with its easily attained high alcohol levels, with the appellations of Maury, Banyuls and Rivesaltes, in their many forms.  Vins secs, as the unfortified table wines are commonly called, are a relatively recent development in Roussillon.   It is only in the last twenty years or so that vins secs have really replaced vins doux in importance.

Essentially Roussillon equates to the department of the Pyrenées-Orientales.  Its boundaries are limited by the Pyrenees, with the Canigou the highest peak, at 2,785 metres, providing an important landmark.   To the north, the foothills of the Corbières massif separate it from the Languedoc vineyards of Corbières itself, with the ruined Cathar castle of Quéribus and the lookout tower of Tautavel dominating the skyline.

There has been much to discover, with many strands to the wines of Roussillon.  Like the Languedoc, Roussillon attracts outsiders, from elsewhere in France and from other countries and continents.   The price of vineyards is such that they are accessible to those with more limited means.   Often the newcomers have come from other fields of activity, bringing a different perspective to a second career in wine.  When once production was dominated by the village cooperatives, these have become very much less important, with an escalation in the number of independent wine estates, each trying to make its mark.   Several were the wine estates that I visited who have made their first wines within the last five years, and certainly within the past ten years.

One of the enigmas of Roussillon is the decline in its vins doux.  The best, the Hors d ‘Age, that have spent years in barrel, are truly wonderful original wines, and yet they have fallen from favour. How can their decline be halted?  Another puzzle is why has Roussillon not acquired the cachet of Priorat.   My friend and colleague Andrew Jefford describes Roussillon as a northern Catalan echo of Priorat, observing that “the wines are just as ‘mineral’; no less overwhelming; often fresher”.   I could not agree more.

My book is the result of several recent visits to the region, but with an enthusiasm for it which began with two much earlier books.  My first visit of any length to Roussillon was back in 1987 for French Country Wines.    Inevitably the village cooperatives featured largely, but I also visited a handful of private wine estates, including Cazes Frères, Château de Jau, Mas Amiel and Château Corneilla, as well as other estates that longer exist.  A more extensive visit followed for The Wines of the South of France in June 1999, when the highlights included my first visit to Gérard Gauby, who when I asked him about the history of his estate, replied, with an apology to Louis XIV: ‘l’histoire, c’est moi’.  I also met Frédérique Vaquer for the first time, and visited other estates that continue to thrive such as Domaine Cazes, Domaine Piquemal and Domaine des Schistes, and in Banyuls and Collioure, Domaine la Tour Vieille, Domaine de la Rectorie and Domaine Vial-Magnères, all of whom feature in my new book.

Fast forward nearly 20 years.  The research began briefly in the spring of 2018, with an initial visit to Roc des Anges and Domaine Gauby.  The object was to introduce Norwegian friends to the delights of Roussillon, and things got off to a very good start with lunch at Riberach in Bélesta, while we stayed at the Auberge du Cellier in Montner.  Then the research began in earnest in June 2019, with visits in the Agly valley and a couple of days in Calce.   I returned in September, and then in October spent a week in Collioure and Banyuls.   My next visit, the following March, was fated, and I returned to London a week earlier than intended, as President Macron planned lockdown for France.    My deadline was extended to allow for more visits once we were able to travel again, so a full week in July followed, staying in a cosy gîte at Domaine des Soulanes, and then I returned in September for a final couple of days, to tidy up loose ends.    Research on the ground could continue almost indefinitely – there is always another lead worth following – another wine grower worth seeing. I know that there are other estates that merit inclusion.  Wine growers will happily enthuse with mutual respect about their competitors and you know that a recommendation from one talented wine grower will lead to another.  Sometimes serendipity occurred when a chance bottle led to an enthusiastic cellar visit.  Quite by chance on my last evening in Roussillon in late September, we ate at Riberach, with the opportunity to enjoy their extensive local wine list, thus turning a full circle.

So altogether The wines of Roussillon is the fruit of some 30 days of research on the ground, totalling almost one hundred cellar visits concentrated between June 2019 and September 2020.    It represents a distillation of those conversations and tastings, capturing the current concerns and enthusiasms of the wine growers that I talked too.  As I was putting the finishing touches to my manuscript, the wines of 2020 were finishing their fermentations, and being racked into barrel or vat.  Despite the problems and challenges of Covid, the wine growers are happy with the harvest.

I would like to give the last word to Wendy Wilson of Domaine le Soula, who describes the region as ‘a hidden treasure, waiting to be discovered’.  And there are many who agree with her.  So, I would urge you to discover the region for yourselves, first via the pages of my book, preferably with a glass in hand, but also in the hope that it will encourage you to visit in person, once we are able to travel freely again.    As the Michelin guide would say: ça vaut le voyage.