Gimblett Gravels Syrah in the 2018 vintage 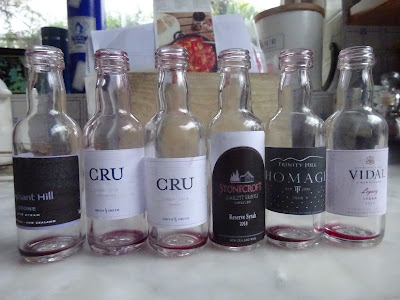 Zoom is shrinking the world.   We may not be able to meet face to face in the same room, but we can see each other on a screen, so one morning in December, I went to a tutored tasting, on zoom.  Warren Gibson, the winemaker at Trinity Hill, was in New Zealand, at 11 o’clock at night – he admitted to attending a Barolo dinner earlier in the evening – and Rebecca Gibb, author of the latest book on New Zealand wines, was at home in England at 10 o’clock in the morning.   The theme of the tasting was the 2018 vintage selection of Gimblett Gravels from Hawke’s Bay on New Zealand’s North Island.   Twelve little sample bottles had been delivered the previous day.   Every year since the 2008 vintage, fellow MW Andrew Caillard has chosen the 12 wines he considers to be most representative of that particular vintage.

You could well be forgiven for wondering what this has to do with the Languedoc, and the short answer is Syrah.   Syrah is an important grape variety in the Languedoc and it is also a very significant variety in Hawke’s Bay where it produces some of the country’s finest interpretations of that variety.    Hawke’s Bay is also known for Bordeaux blends, and six of the twelve wines were based on Cabernet Sauvignon, but the other six were Syrah.   Syrah is much more recent introduction, with Alan Limner of Stonecroft Estate planting the very first Syrah in Hawke’s Bay in 1984, with a first release in 1990, so a history of just 30 years.

Gimblett Gravels, within the large region of Hawke’s Bay. is a strictly defined area, based on gravel.  Essentially it is a former river bed, for the Ngaruroro river changed course in 1867, leaving gravel.   A far-sighted wine grower, Chris Pask planted the first vines in 1981 and the area started to develop.  Then in 1989 a mining company acquired a large part of the area, and viticulture nearly disappeared, but once it was determined that the mining company had no more rights in the area, planting took off and Gimblett Gravels now constitutes 850 hectares of vines.  And why Gimblett?  Quite simply, William Gimblett, who came from Devon, bought the land in 1904.

2018 was a very hot summer, the hottest since records began in 1935.  But there was some humidity later in the season which did cause problems. Some wine growers described it as a vintage of two halves.   But the wines, as our tasting showed, have turned out very well.  But 2019 and 2020 may be even better.   So, these are the Syrah that we tasted: 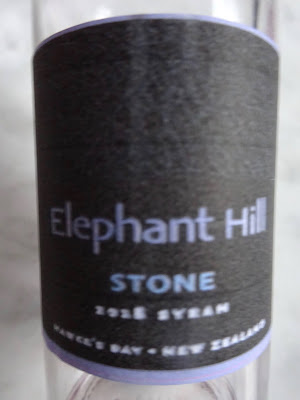 Elephant Hill Stone Syrah - £44.00 – Corney & Barrow
There is just 1% of Viognier in the blend, which they consider to add an extra hint of complexity. The wine has spent 12 months in French oak barrels, of which half were new.   A quarter of the grapes were whole bunches for the fermentation, which gives good results I warmer vintages.  The wine maker, Steve Skinner, leaves the wine on the lees for a while, to fill out the middle palate, and the grapes came from two different vineyards.

Good colour, with elegant spice and hint of perfume on the nose.  The palate is finely crafted with elegant peppery notes balancing a streak of tannin.   There is a hint of oak on the finish, but the oak is well integrated, and any taste of oak will fade with bottle age.  The wine was youthful, but elegantly rounded with a long finish.  A lovely example of New Zealand Syrah. 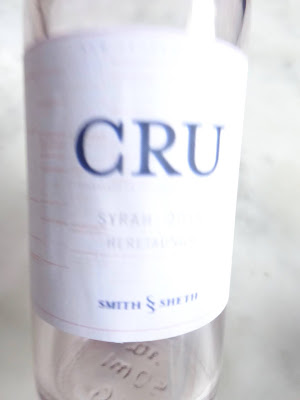 Next came pair of nicely contrasting wines from Smith & Sheth.  Smith is Steve Smith MW, who I first met when he was the viticulturist at Vidal’s in Hawke’s Bay.  He then went on to help set up Craggy Range and now he is in partnership with Brian Sheth, working both in Hawke’s Bay and also at Pyramid Valley near Christchurch.

This is a pure Syrah that has spent 11 months in oak, of which 35% was new.  The grapes came from two sites in Gimblett Gravel; one giving some floral notes, with lighter structure and the second with older vines, making for more tannin and darker fruit.  I loved the fragrance of this wine, with its elegantly aromatic peppery fruit on the nose, and on the palate, some peppery spice and perfume, with an elegant finish.  It was already drinking well, but will continue to develop   And made a fine contrast with Steve’s second wine. 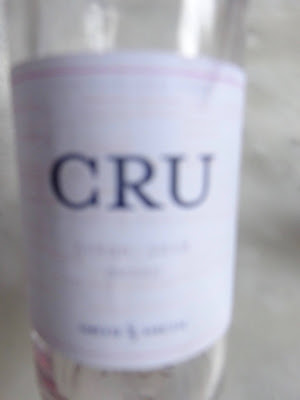 Smith & Sheth, Cru, Omahu Syrah- £40.00 – Louis Latour Agencies
Pure Syrah, with 19 months oak ageing, with 35% new barrels.  Omahu is the name of a hamlet.  The nose was denser with firm black fruit and on the palate, the wine was richer, denser and more structured, with more weight, making a fascinating contrast.   It also has much more ageing potential, with considerable length on the finish. 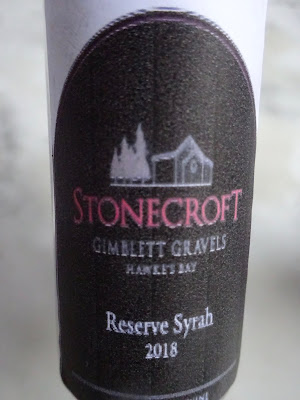 Stonecroft Gimblett Gravels Reserve Syrah
This wine comes from two blocks, the original 1984 block and then a second vineyard planted in 1992. Alan Limner retired and sold to Dermott McCulloch in 2010.  The winemaking is quite traditional, with fermentation in open top fermenters and a daily plunge.  There are no whole bunches, so all destemmed.

A very youthful purple colour.  Quite a firm tight nose, with some peppery fruit.  The palate is much fleshier than the nose would suggest, with a touch of vanilla from the oak, which never the less is well integrated.  There is rounded peppery fruit, with some youthful tannins, making for ageing potential.  A stylish, elegant finish. 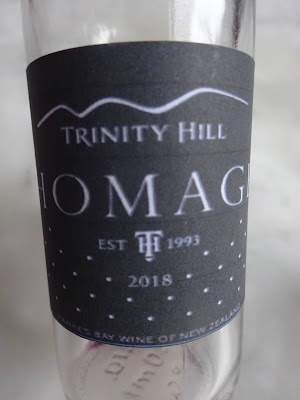 This is the flagship wine of Trinity Hill.  The vines were planted in 1995, with further plantings in 2002 and 2008, and the first vintage was 2002.   Warren talked about the three different sites, with a three-week range in picking times.   The old vines are an important factor, and one of the clones may well have been brought to New Zealand by James Busby from Hermitage in the 19thcentury.  There is just a hint of Viognier – all of .04% of the blend.  Warren explained that he does not use the juice, but adds the skins during the fermentation.   They have about 40 different batches of Syrah from 20 hectares, and about a quarter of the grapes are whole bunch fermented.  And they favour an extended post-fermentation maceration, maybe as long as sixty days, which adds some richness.

The wine is impressive. On the nose, there was perfumed spice and peppery, with red liquorice and dark red fruit.  The palate was elegantly structured with tight knit youthful fruit making for ageing potential with an elegant streak of tannin, balanced by perfume and spice.

Homage does not come from Gimblett Gravels every year; it depends on the quality of the grapes. 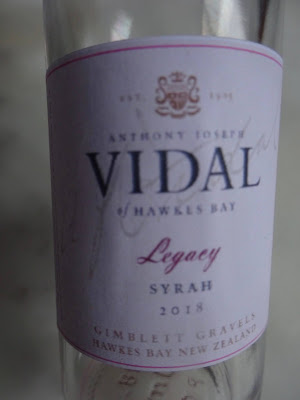 Vidal Legacy Syrah
Sadly 2018 is the last vintage of this wine.  Vidal’s is part of the large Villa Maria group, which is now going to focus its activity in Hawke’s Bay on their other winery, Esk Valley.  It is a blend of 97% Syrah, from vines planted in 1998, with 3% Viognier, which spent 20 months in barrel, of which 49% were new.  All the grapes were destemmed.

Good colour. Elegantly peppery nose, with rounded red fruit and pepper on the palate.  There is some underlying perfume from the Viognier.  A nicely rounded glass of wine with some ageing potential and an elegant finish.

Per and Britt, BKWine said…
Sounds like a really interesting tasting. Would have been fun to participate.

Would be interesting to hear some of your conclusions on how syrah in the Languedoc compares with these samples from NZ. One often tends to think of syrah as a very distinctive variety, with clear traits, but I find that it can be very different depending on where it comes from.

Rosemary George MW said…
It was a great tasting, and the Cabernet showed very well too.

I agree with what you say about Syrah. I think Syrah from New Zealand has more to do with northern Rhone Syrah than Languedoc Syrah. And sometimes the Languedoc can be even too hot for Syrah. It is probably as its best in Pic St Loup. You might have sown the seeds of a future article........
14 January 2021 at 09:49