The Terrasses du Larzac, with a selection of wines 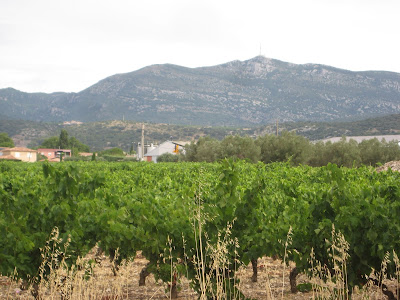 Gavin Crisfield, who is one of the leading wine growers of the Terrasses de Larzac, with La Traversée, gave a zoom presentation of the region to the Circle of Wine Writers last autumn.  The growth in the Terrasses du Larzac has been nothing short of breath-taking. Thirty-five new estates have been established since the appellation was recognised in 2014, and today there are one hundred estates, compared with 75 five years ago.

The appellation, for red wine only, covers 32 villages north west of Montpellier, stretching from Octon and the lac de Salagou, towards Aniane, with 650 hectares of vineyards. They lie under the limestone ridge of the Larzac, making them some of the most northern vineyards of the Languedoc, and some of the highest, at 350 – 400 metres.

The geology is very diverse, with extinct volcanoes, schist, sandstone, and limestone, all making for a variety of wine styles, with freshness and drinkability their defining characteristics.   The influence of the Massif Central is far greater than anywhere else in the Languedoc.

The grape varieties are the five classics of the Languedoc, Grenache, Carignan, Syrah, Mourvèdre, and Cinsault, of which Gavin is a particular fan.  He makes a particularly fine example, but in small quantities. Not to be missed, if it should come your way.

Gavin talked about the changes in the Terrasses du Larzac over the last 20 years. There is a lot of interest and investment, with people coming there from all walks of life, both French and foreigners.  Inevitably land prices are rising, when once a hectare of vines changed hands for 10-12,000€, it is now reaching 30,000 – 35,000€, but that still compares favourably with the Pic St. Loup at 100,000€.  Many of the vineyards are on tiered terraces, with the rebuilding of many of the old retaining vineyard walls, and 90% of the vineyards are hand-picked.   Organic viticulture accounts for 70-75% of the vineyards.  The average age of the vines is about 30 – 40 years old, but with some very old vines, even centenarian vines, and there are also new plantings, of all five red varieties, but less Syrah as they find that is not so suited to the area.  As for whites, which are growing in importance, but still only mere Languedoc AOP or an IGP, Carignan Blanc is being planted, as well as Grenache Blanc, rather than Gris, and also some Terret.

The average wine estate is about 10 -15 hectares; and the largest is Château La Sauvageonne, owned by Gérard Bertrand, with over 50 hectares.

The area is gradually becoming better known in France and the future for the region is rosy.  Independently of the webinar, I was sent some bottles to try, which demonstrated the diversity of the Terrasses du Larzac, both in place and taste, as follows: 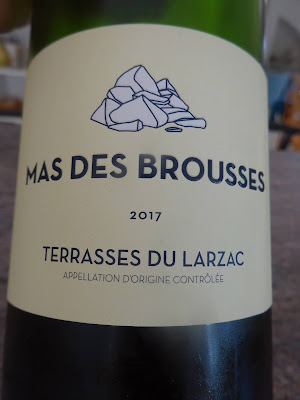 From vineyards around the village of Puéchabon.  A blend of 55% Mourvèdre, 30% Syrah and 15% Grenache.  Thirteen months élevage in 400 litre barrels.  Xavier Peyraud is particularly attached to Mourvèdre, as he originates from Bandol, where his grandfather, Lucien Peyraud of Domaine Tempier, worked tirelessly revive the fortunes of Bandol and to create an appellation based on Mourvèdre.

Deep colour.  Quite a firm structured nose; youthful.   And on the palate, quite ripe and perfumed, with some silky tannins.  A hint of well integrated oak.  Quite a ripe alcoholic finish at 14.5°. 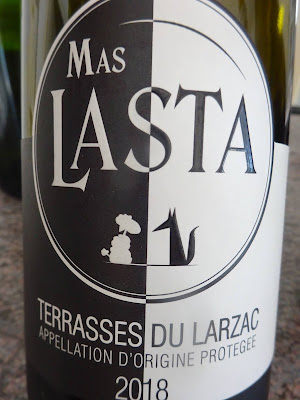 Deep colour. Ripe berry fruit with some underlying oak on the nose, and on the palate, some rounded spicy black fruit with a streak of oak and tannin.  A fresh finish.   Promises well and will benefit from some bottle age. 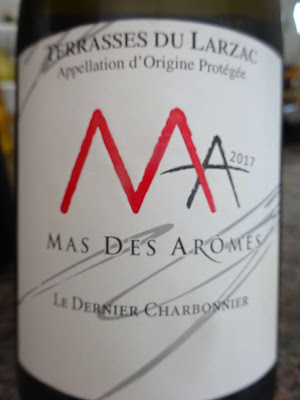 A blend of Syrah, Grenache, Mourvèdre and Carignan.  Aged in barriques for 12 months. Deep colour.  Quite a rich dense nose, with some ripe fruit. On the palate a solid mouthful of black fruit and spice, ripe with a streak of oak and tannin.  Richer than Mas Lasta.  Again, the wine needs some bottle age.   A completely new estate to me and on the basis of this one wine, definitely deserves further investigation. 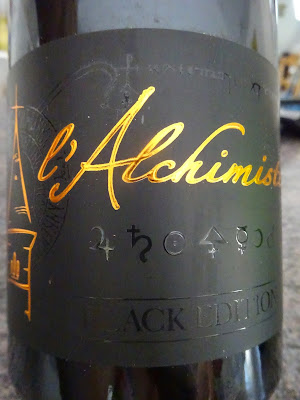 An estate in Gignac.  A blend of 10% Carignan, vinified by carbonic maceration, with 70% Syrah and 20% Grenache Noir.  As much as a three-week maceration, and aged in oak for 12 months.   Very deep colour.  Very ripe and rounded on the nose, with dense oaky concentration on both nose and palate.  ‘Un peu too much’ as the French so elegantly say!  I was also put off by the very heavy bottle.

A blend of Syrah, Grenache and Cinsault, from vineyards at Poujols, at 300 metres.  Twelve months ageing in 300 litre barrels.  The Rossignol family also rear Aubrac cattle and consequently have an excellent source of natural manure for the vineyards that they are converting to organic viticulture.

Deep colour.  Quite rich rounded oaky nose and on the palate, plenty of vanilla and sweet oak, balanced with some firm tannins.  Youthful. Some good fruit, but the oak was slightly out of balance.  It may benefit from some bottle age.

A blend of 50% Carignan from 80-year-old vines, with 20% each of Syrah and Grenache and 10% Cinsaut.  Natural yeasts, a long maceration and ageing in vat.  Deep colour.  A rounded nose with some berry fruit.  Tasted alongside the Nègre Boeuf from Domaine de Ferrussac, it seemed quite light, but there was a note on the back label which said: Open two hours ahead.   It worked!  In a couple of hours, the wine opened up and became very elegant, harmonious and complete, with some rounded fruit.  An elegant balance with a long finish.

Château de Jonquières is the most wonderful Renaissance château in the eponymous village and has been in the hands of the de Cabissole family for 900 years.    Lansade is their second wine, and Baronnie the grand vin. 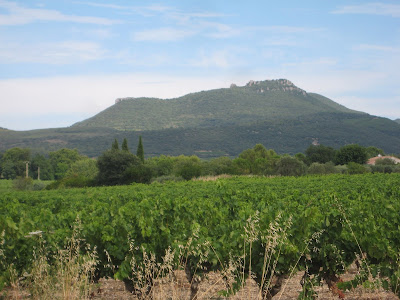 Bob Rossi said…
A fascinating article. I've made a few visits to this area, although I'm not sure I'll get there again. I was a big fan of Sauvageonne years ago, not from having visited there, but from buying their wines locally. After reading that Gavin had left there, I tried one of their wines in a year that he wouldn't have been the winemaker. I found it totally subpar, and I've never bought it since.
26 January 2021 at 14:34

Rosemary George MW said…
Have you tried Gavin's wine at La Traversée? I agree that La Sauvagonne is not the same since he left, but I do like some of their wines sometimes. For instance I much prefer la Sauvageonne's rose to Clos du Temple.

Wine Trail Tours said…
I have read your content and it's really interesting, very hard to find out this knowledge sharing materials throughout the web.
Wine Tour Auckland
12 March 2021 at 05:33