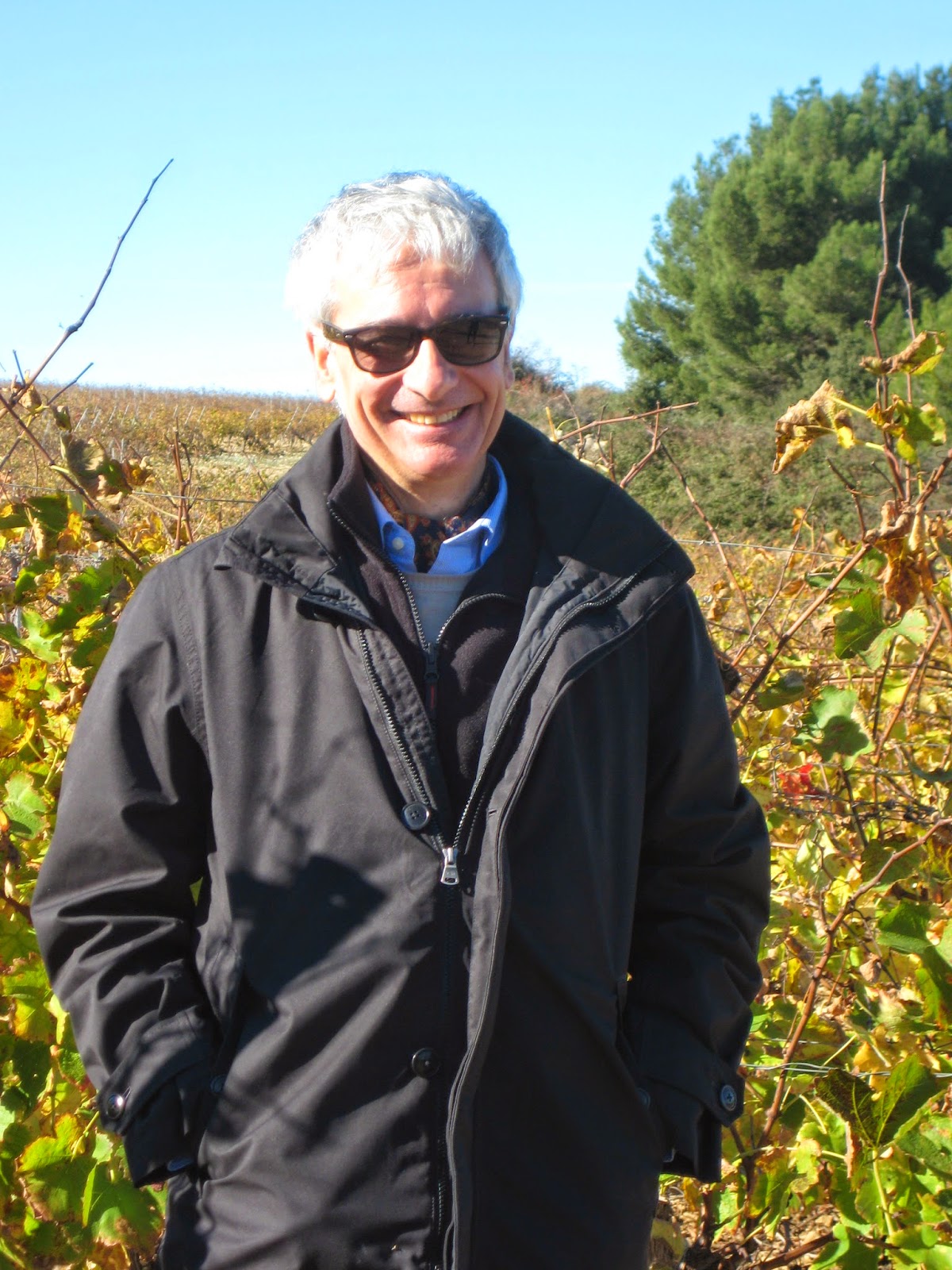 To Château Haut Blanville, which was created by Bernard and Beatrice Nivollet.  Bernard’s  vineyards are scattered around the commune of St. Pargoire; some are Grès de Montpellier;  some are simple Languedoc and some Pays du Vicomte d’Aumelas.    The first vineyards were bought in 1997, and they now have 30 hectares of vines altogether, and made their first wine in 1998. 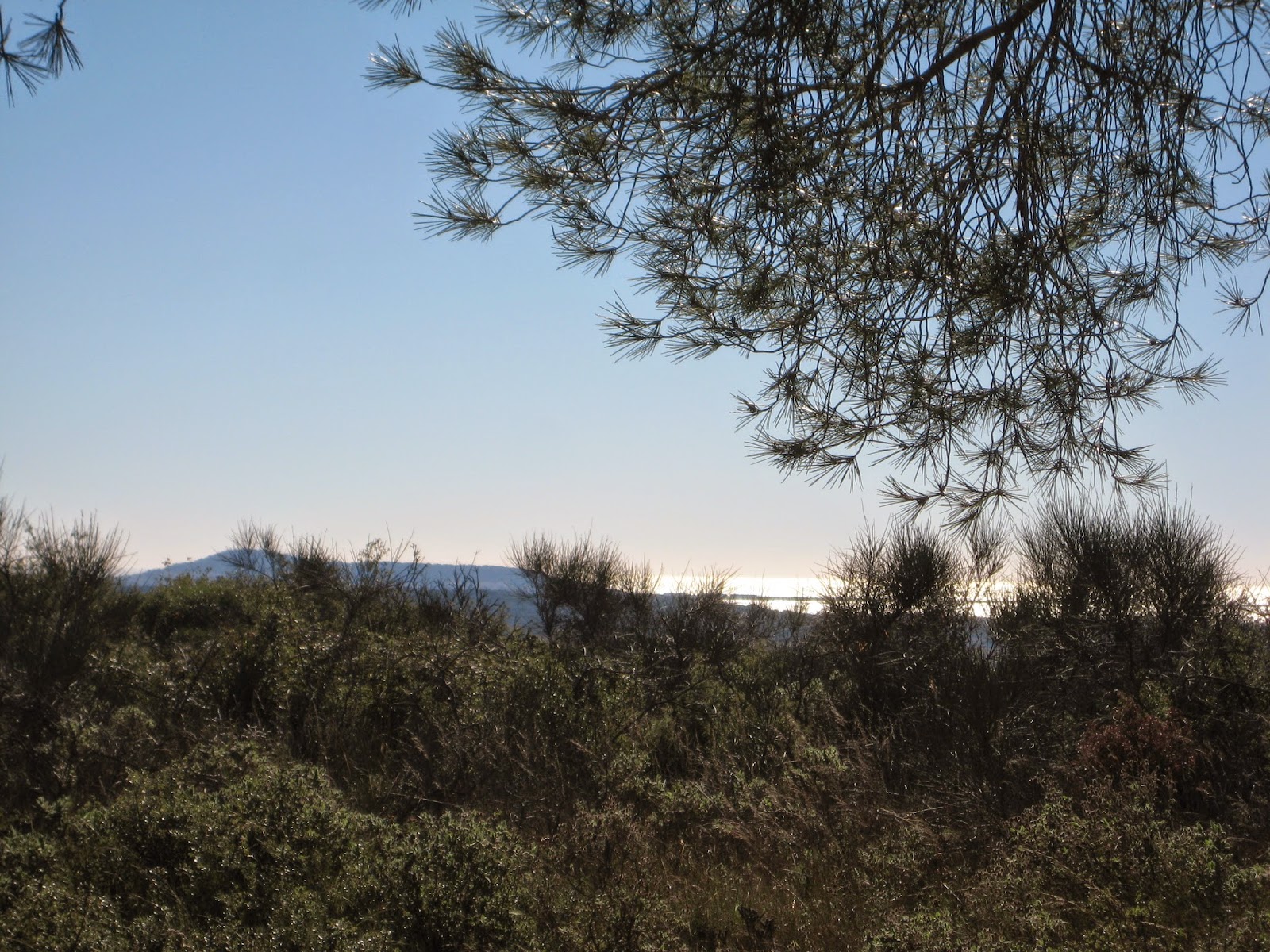 It was a wonderful autumn day, with brilliant sunshine, a perfect morning to look at vineyards, and Bernard knows his vineyards intimately.  There were carpets of golden Syrah, and russet-coloured Carignan leaves. They have nearly finished building a new cellar in the middle of one plot of vines.  We saw old Grenache with gnarled trunks; there was a view of Sète with the sparkling Mediterranean and in the other direction a view of the Pyrenees, with the Canigou.  The soil varies, some is very stony; some much sandier or with more clay; some red with iron, some more yellow.  Bernard likes to keep each plot of vine separate in the cellar, and in the bottle; he feel that each vineyard is quite distinctive and if you blend it, you dilute it. 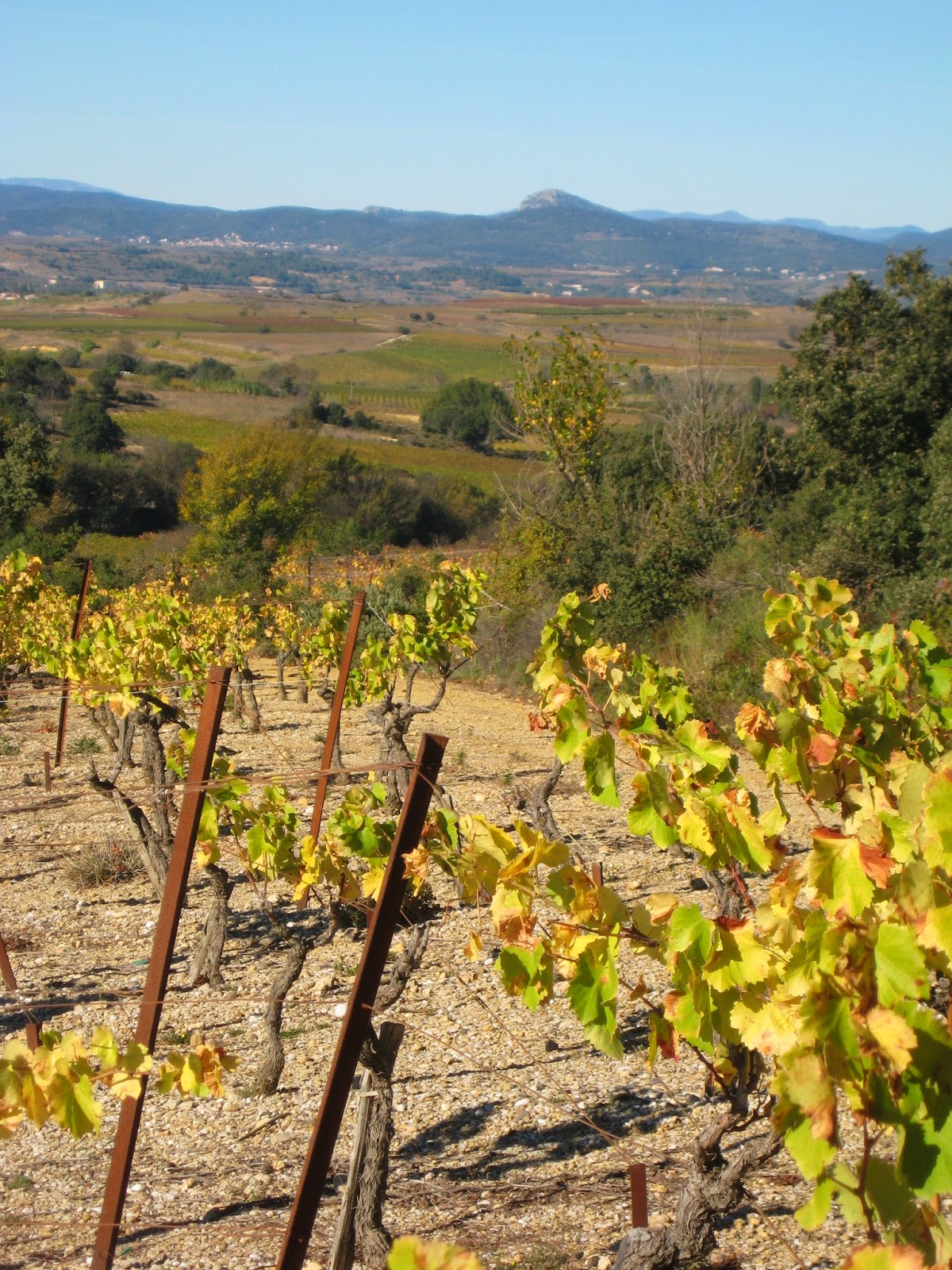 We tasted in the barrel cellar attached  to the actucal building that is the Château de Haut Blanville, which they no longer own. 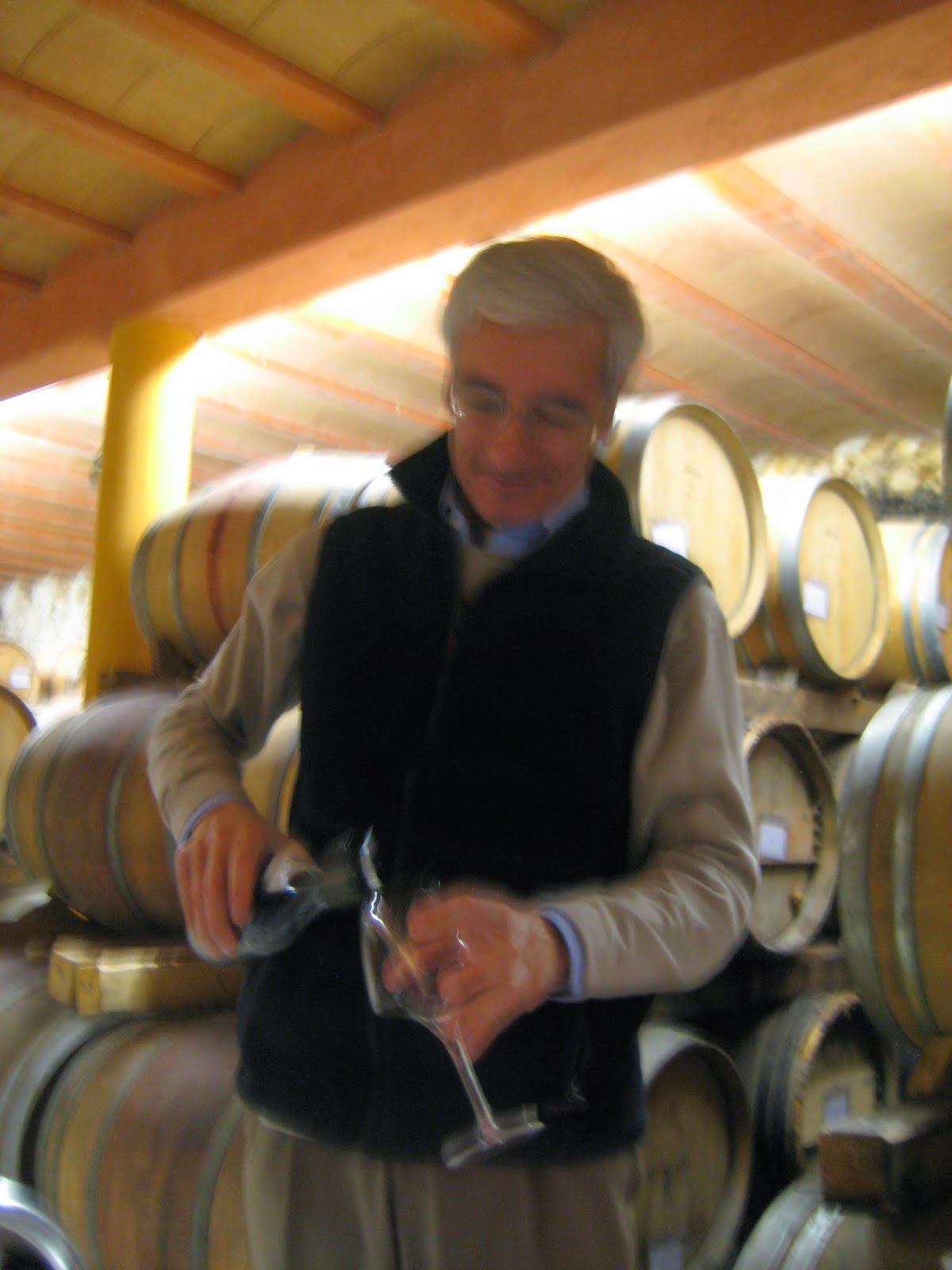 2012 Pays de la Vicomte d’Aumelas
Chardonnay and Viognier 45% each; Sauvignon and Grenache Blanc 5% each.  Fermented in barrique.  Nine months élevage with regular bâtonnage.  Quite a golden colour.  Quite a buttery nose, the Chardonnay seemed to dominate the nose, with some acidity on the palate.  Quite textured, with a firm finish.  Quite rich and full-bodied.  Not very Midi.

2008 Clos des Poètes
From Mourvèdre, grown on very stony soil, making for minerality in the wine.  Élevage in old barriques.  This vineyard is close enough to the sea to get some maritime influence, which Mourvèdre enjoys.    The nose was not very forthcoming initially, but the palate was quite rich and mouth filling, with an elegant finish.  It was quite different from Bandol, with more weight.

2008 Plénitude
Mainly Grenache.  Vines planted in 1970, on very stony soil on the plateau des Pérals.  Deep colour; some liqueur cherry notes on the nose.  Quite leathery plate, with some cherry fruit and a steak of minerality.  Firm tannins.  With a fresh finish.  Lots of nuances as it develops in the glass.  They don’t make this wine every year as Mourvèdre can be tricky, and stop ripening, as it did in 2013.

2009 Grande Cuvée, Grès de Montpellier
85% Syrah, with a little Carignan, Grenache and Mourvèdre.  A selection of barrels. This is a blend,  rather than from a specific vineyard. Deep colour; firm nose, with a rich peppery palate.  Rich and concentrated, with peppery black fruit on the palate.  A tannic streak.  Youthful and rich.

2009 Clos des Légendes, Grès de Montpellier
About 90% Syrah, with some Mourvèdre and Grenache.  Two years in new wood.  Bernard favours the cooper, Radoux, for his barrels.  I did find the oak on this wine rather intense and overwhelming.  The palate is very solid and young.   And the flavour not very Languedocien.  Though you could not complain that it was not well made.  It was just not what you expect from the Midi.

2006 Clos des Légendes, Grès de Montpellier
Bernard opened this to show how the wine aged.  The colour is deep and young, and the palate dense and confit with solid black fruit.  In fact it was still very youthful, concentrated and dense. Though only a modest 13.5˚

And we finished with a vat sample of Syrah, grown on bauxite.  It was elegant and fresh with some perfumed fruit and a touch of pepper. 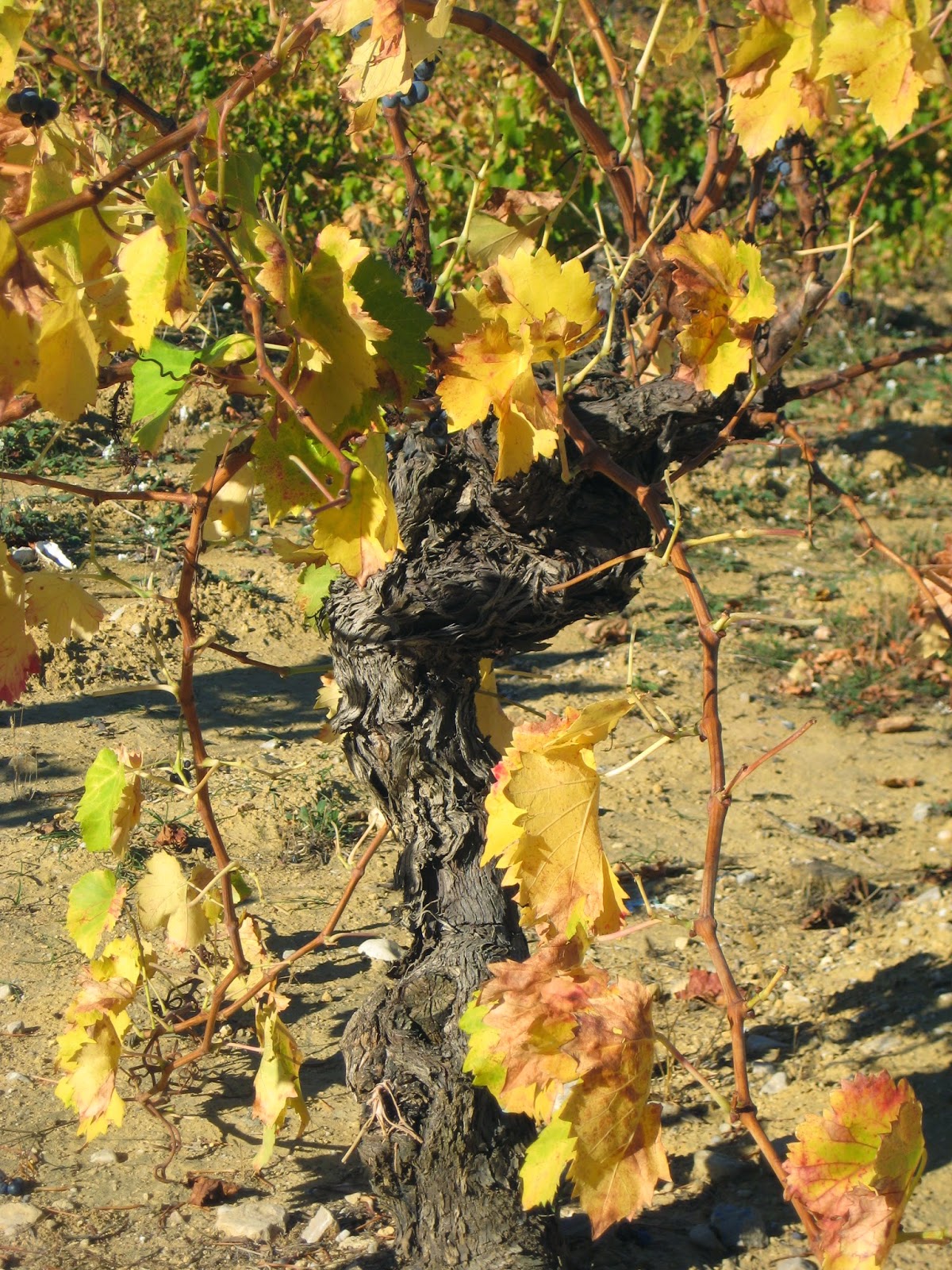 So to sum up, some characterful wines.  My reservation is that some of the wines had too much oak for my taste, but nonetheless an estate with potential. 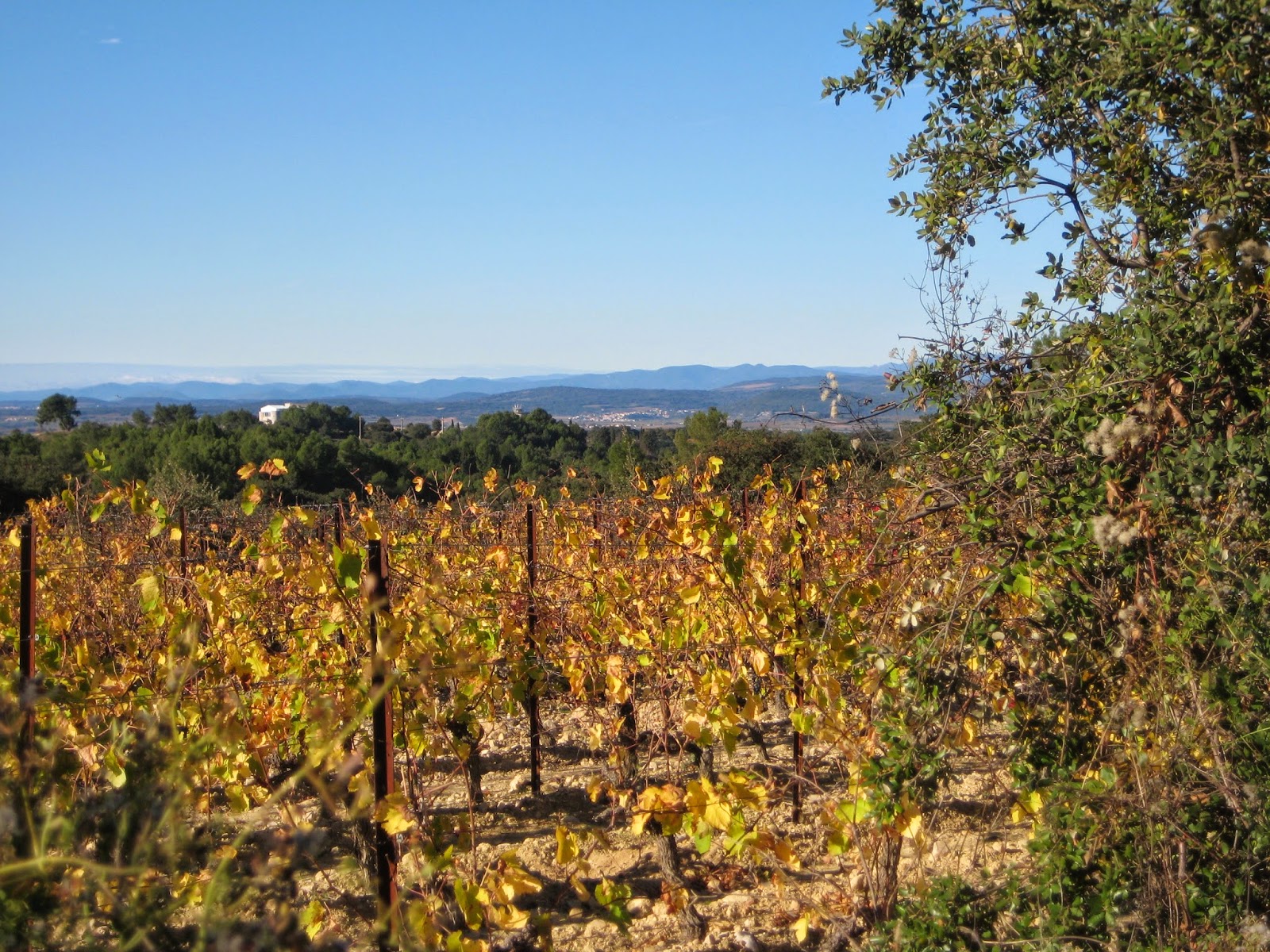