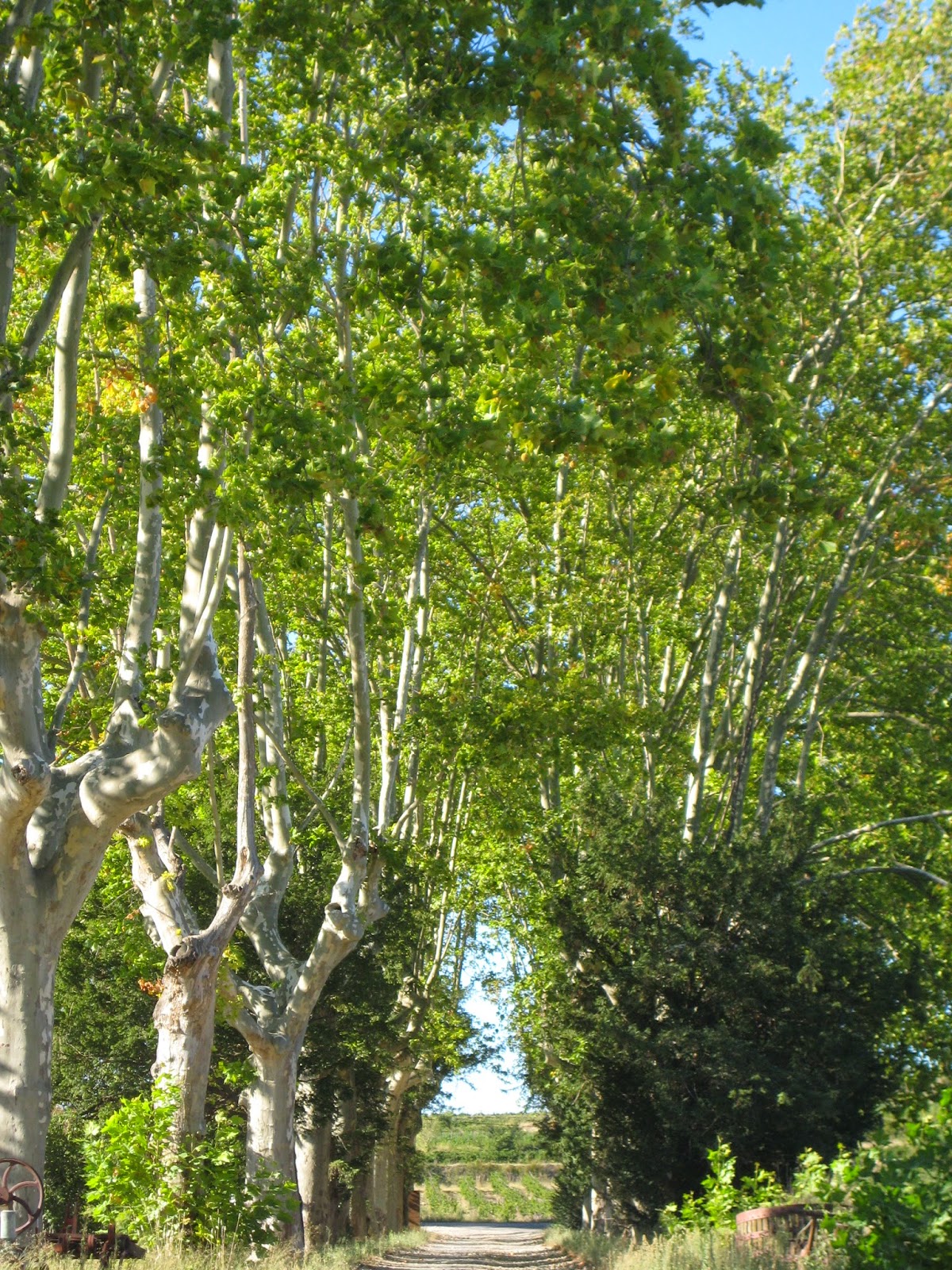 Friends asked me come along and help chose wines for a party.  They thought they might have found a bargain. Did I agree?  So we headed off to Château St. Preignan, which is an elegant building at the end of an alley of plane trees just outside the village of Pouzolles.  The château was built in 1850 and Jean-Claude Pastor bought the property in 1978.  However, his great grandfather was making wine in Pouzolles in 1908.  They have 100 hectares of land altogether with 80  hectares of vines in production; 45 hectares of Coteaux du Languedoc in Roujan and 35 hectares of Côtes de Thongue at Pouzolles. 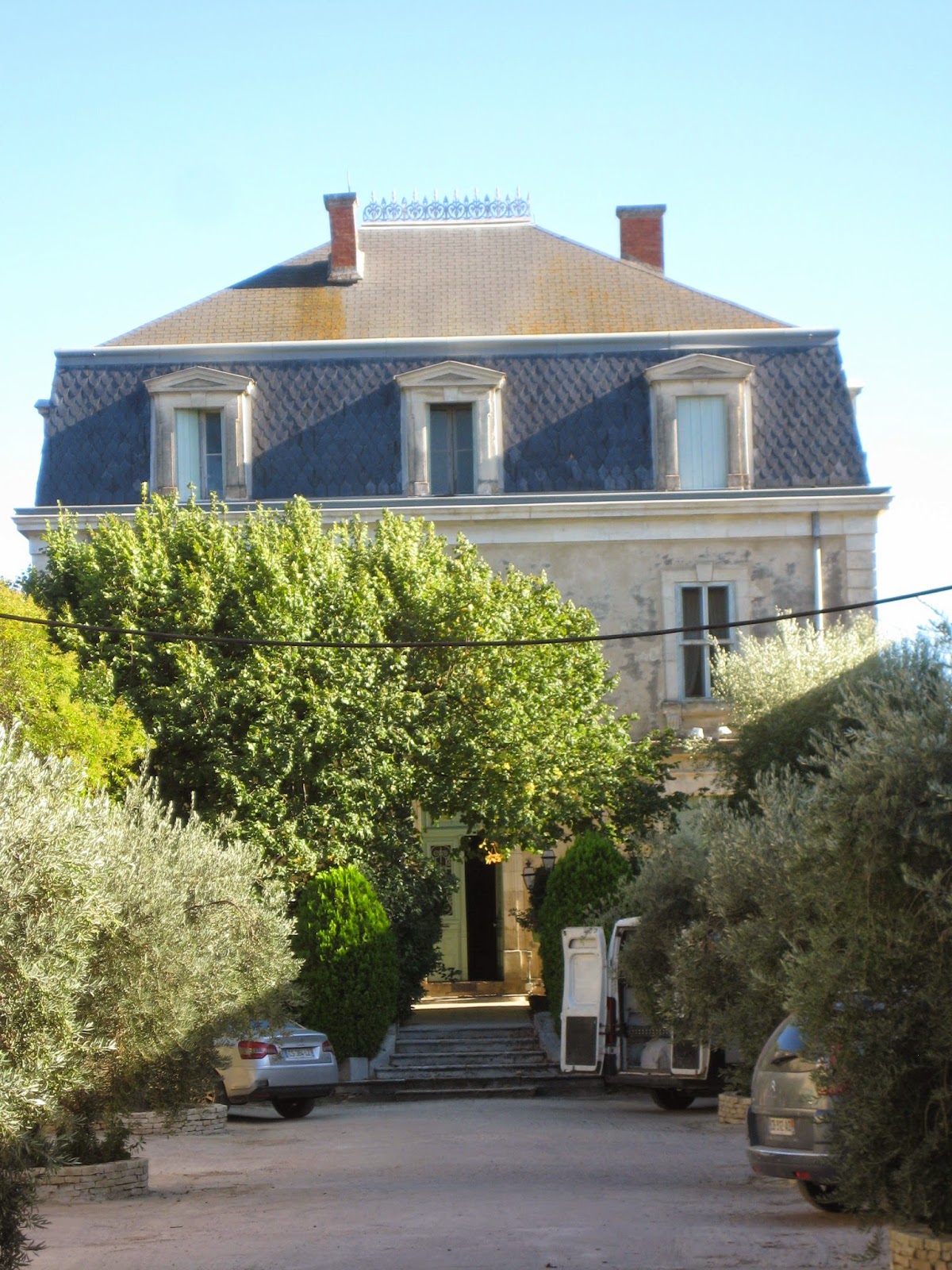 We settled down at a large table outside.  There is one snag to tasting outside; the wind.   You go to sniff a glass and a mini Mistral whisks between the glass and your nose.  But we managed.    And Jean-Claude produced a large selection of bottles.   The prices are those at the cellar door, ‘for those who take the trouble to come and see us au domaine’.   They are not great wines, but as Jean-Claude kept emphasising, we want drinkability and there was no doubt that the best were eminently drinkable. 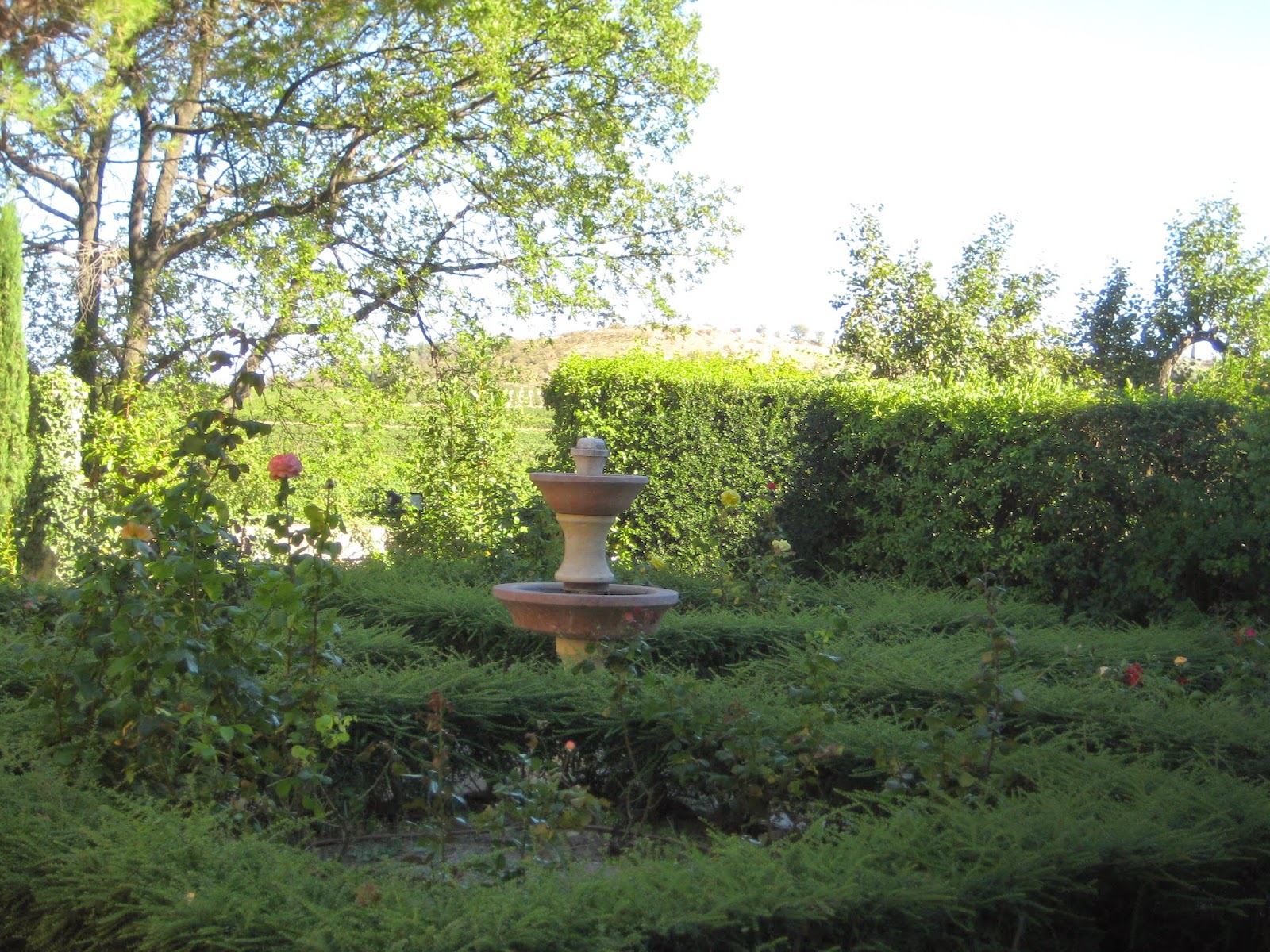 Here are my impressions:

2013 Le Mas des Cigales – the mas is outside Roujan, on the road to Neffiès, - a pure Chardonnay, Pays d’Oc. 2.00€ at the cellar door.  Perfectly pleasant and easy to drink. With some fresh acidity.  Again Jean-Claude emphasised the drinkability.

2013 St. Preignan Chardonnay 2.70€
This was ripe and more rounded, having been picked ten days later. The vinification was the same, a simple process of harvesting early in the morning and cooling the grapes down for a cool fermentation.

2013 Viognier, Pays d’Oc – 2.70€  A hint plastic on the nose, but a lightly peachy palate. Medium weight.  Good acidity and a touch of apricot.  Not especially expressive, but what do you expect for 2.70€

2013 Cuvée Lise    Sauvignon with a touch of Muscat.  Very Muscat on the nose, but on the palate really neither one thing or the other.   The pure Muscat à petits grains was rather more successful with good varietal character, perfumed fruit and some floral notes.

2013 Synthèse – A blend of Viognier, Roussanne, Vermentino Chardonnay, Sauvignon and Muscat.  Light golden.  More depth texture and weight.  No wood. And some quite intriguing nuances.

2010 St. Preignan – 4.00€  Mainly Roussanne, with some Chardonnay and Viognier.  Quite ripe, rounded and textured.  Possibly not enough acidity.  25% of the wine is given a six months élevage in  new wood.

Cabernet Sauvignon. Pays d’Oc   - 2.00€
Dry cassis fruit ; more structured than the Merlot, with some good fruit.  A touch of green pepper and blackcurrant.

2013 Syrah – 2.70€
Not as successful as the previous reds.  A bit unbalanced; edgy and confit and quite alcoholic.   I much preferred the Grenache.

2012 Coteaux du Languedoc – 3.70€
Mainly Syrah with some Grenache, Carignan and Mourvèdre, kept in vat.  Quite sturdy and a bit confit and ripe.  Lacked charm.

I don't actually know what my friends chose in the end, so I am looking forward to finding out at the party. 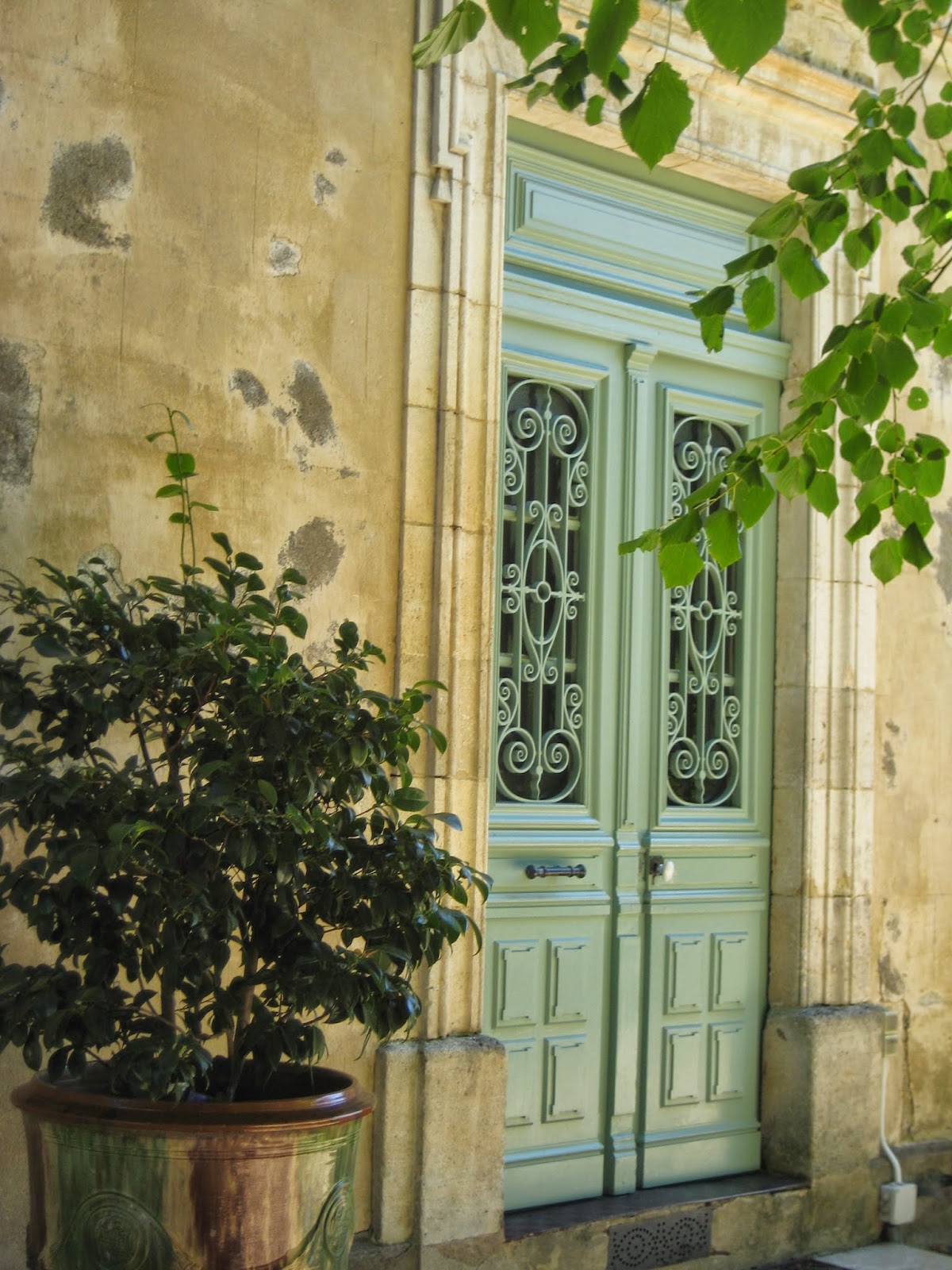