An update on Gérard Bertrand 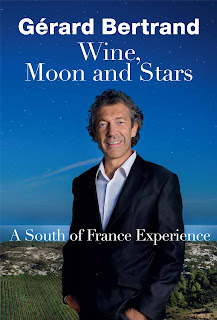 Gérard Bertrand was in town a week or so ago, hosting a tasting and dinner, and providing an agreeable update on his wines, not to mention an opportunity to taste the much vaunted Clos d’Ora. The prices are approximate UK retail prices.

2015 Prima Nature Chardonnay, IGP Pays d’Oc  - £11.40
This wine is made without the use of any sulphur at all, something they began doing five years ago. The grapes come from vineyards near Béziers; the wine does a malo-lactic fermentation and ageing is in vat.  Light colour.  Quite a firm nutty nose, and a rounded palate with good acidity and some ageing potential.  A good balance.   Southern Chardonnay features amongst my prejudices; this could be an exception to the rule.

2014 Château l'Hospitalet, la Reserve, la Clape - £25.00
A blend of Bourboulenc, Rolle, Grenache Blanc and Roussanne grown on limestone. 20 – 25% of the wine is aged in vat rather than barrel.  A little colour.  Quite a firm nutty nose, from the oak, and on the palate some satisfying mouth feel, a mineral note with good acidity and quite an elegant finish.

2014 Château la Sauvageonne, Grand Vin, Coteaux du Languedoc - £20.99
Mainly Grenache Blanc with some Vermentino and Viognier.  La Sauvageonne is in the Terrasses du Larzac, outside the village of St. Jean de la Blaquière but white wine is not included in that appellation, hence appellation Coteaux du Languedoc.  This is an estate that Gérard bought in 2011, and 80% of the production is red.  The vineyards are on volcanic soil and schist at an altitude of 200-300 metres.   Although the Grenache component is aged in stainless steel vats, I did find the nose rather oaky, and the palate quite tannic, with oak dominating the flavour for the moment.  This may change with some bottle age.

Gérard talked about biodynamics.  They have converted 430 hectares to biodynamic viticulture, which have been registered with Demeter for three years.  Cigalus was the first estate, where they began experimenting with just two hectares in 2002.  And they handpick 90% of their grapes, which requires 250 pickers.

Now onto reds with 2015 Prima Nature Syrah, IGP Pays d’Oc - £11.40
Deep young colour.  Ripe black spice on the nose, ripe and fresh and perfumed with some soft tannins and a youthful finish.  Élevage in vat and bottled in December.  Gérard observed that biodynamic cultivation makes for more acidity in the wine, and enhances the ageing potential as the roots go deeper.   He is convinced that biodynamics provide a better balance in the vineyard, and the grapes are fully ripe at 13⁰ – 14⁰.  It all depends on the cultivation of the soil.

2012 Château la Sauvageonne, Pica Broca, Terrasses du Larzac. - £15.99
Deep young colour.  Quite rich spice and red fruit on the nose.  Quite rounded fleshy spicy fruit balanced with a tannic streak.  Rounded finish.  Medium weight.  The oldest vines are 80 years old, and the youngest 15.  The blend is mainly Syrah and Grenache Noir, with some Mourvèdre, and sometimes there may be a little Carignan.

2013 Cigalus, IGP Aude Hauterive - £22.75
This entailed a change of register, with Bordeaux grape varieties as well as Mediterranean ones, so with apologies for the list, Cabernet Sauvignon, Cabernet Franc, Merlot, Syrah, Grenache, Carignan and Caladoc (a cross between Malbec and Grenache Noir) and since 2014 Mourvèdre.  Deep young colour, with the ripe cassis notes of the Bordeaux varieties.   Very ripe and rounded, with supple tannins.  The previous owner of Cigalus was a Parisian lawyer, who bought the estate for hunting and decided to plant Bordeaux varieties as he had had an argument with the president of the Corbières syndicat!

2013 La Forge, Corbières Boutenac - £45.16
A blend of Carignan and Syrah, vaguely half and half, depending on the vintage.
Deep young colour.  Quite an elegant spicy nose, and on the palate ripe spice, with youthful fruit.  Quite intense and long; hints of tapenade, a touch of minerality.  Quite tannic and powerful. And needs time.

And then it was time for dinner, but first a glass of Crémant de Limoux, Code Rouge, from Gérard’s Limoux estate, Domaine de l’Aigle.  It was rather confusing that the wine was in a red bottle, but was in fact white.  It was rounded and creamy.  - £18.55

And then came two vintages of Gérard’s new interpretation of Minervois la Livinière, Clos d’Ora.   Syrah dominant with some old Carignan as well as Mourvèdre and Grenache.   Gérard talked about his dream; he had found three hectares of very old Carignan,  with some Syrah, near an old bergerie near the village of  La Livinière  2012 was the first vintage.  The vineyards are on a geological fault with limestone and clay.   The wine is fermented in cement and then aged in barrel.  As for the name:  in Latin ora means prayer, and in Greek time in the future, between alpha and omega.  Both vintages are very polished and subtle.

2012 Clos d’Ora - £142.00
In comparison has ripe tapenade on nose and palate. Rich and intense, but is not heavy, with supple tannins.   Beautifully crafted.  My one doubt: would I think this is Minervois?  It is beautifully made and tastes delicious, but how developed is the sense of real place.  I would expect something with a bit more of an attitude!  But it was a privilege to drink two vintages, with the vigneron!

And we finished with a 1974 Rivesaltes, - £118 - which was amber in colour and elegantly nutty with a bite on the finish, with length and acidity.  Gérard has been building up a collection of old vins doux, old Rivesaltes from 1977 going back to 1875. And this was one of them.  This 1974 had been aged in an old cognac barrel, which gave it an extra bite.
Email Post

Bob Rossi said…
A couple of years ago I went to a tasting of several of Bertrand's wines, and I was not impressed by any of them. Maybe the wines he sends to the US are geared to the American palate, which is not my taste. I'd be curious to try his Sauvageonne wines, as the winery was one of my favorites under a prior owner and winemaker (Gavin Cristfield I believe).
22 March 2016 at 12:30

Rosemary George MW said…
You are so right. Gavin made great wines at Sauvageonne, and these days his la Traversee Cinsaut is absolutely delicious. I think as a big player, Gerard aims for consistency of style, and does not necessarily want anything too way out. So the flavours are reliable, but can lack excitement.
22 March 2016 at 16:02

Bob Rossi said…
You described my feelings precisely as to the Bertrand wines I tasted. The distributor's rep, who I know and who was at the tasting, said to me: "These wines are not really for you." As to Gavin's wines, maybe I'll find them on a trip to France. I doubt if I'll see them here.
22 March 2016 at 16:07

Rosemary George MW said…
I fear production of La Traversee is rather small, but definitely worth seeking out if you are in the area, and indeed I highly recommend a cellar visit.
22 March 2016 at 17:27