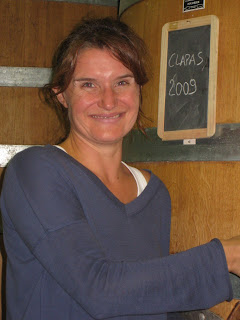 Julian Zernott and Delphine Rousseau have been steadily developing their estate in one of the most northern and coolest parts of the Languedoc, below the pass of Escalette, since their first vintage in 2003. The Pic St. Loup is a little further north, and further east. If you drive south down at A75, you reach a point above Lodève, when the peaks tower above the road, and in the valley below there are small pockets of vineyards, around the villages of Pégairolles and Poujols. It is dramatic scenery. I have visited them a couple of times in the last few years, when they were making do with restricted cellar space in the village; now they have built a wonderfully stream-lined new building outside the village, and are enjoying the luxury of space. Unfortunately for us, our visit coincided with a torrential downpour, and their cellar is built on the one plot of clay in the area, and they have not yet landscaped or paved its surroundings. I was rudely reminded how sticky clay can be, when my shoes seemed to adhere firmly to stick to the car pedals on the drive home.

Delphine and Julien have been gradually buying vines, with an initial purchase of eight hectares now expanded to fifteen, in the valley of Pegairolles and going towards the plateau of the Larzac. They have about 30 plots altogether, the largest is 80 ares and the furthest 10 kilometres away, that is, by road, as the motorway lengthens a journey that would be 5 kilometres as the crow flies. The vineyards are at latitude of 350 – 400 metres with the orientation of the vines north / south, as the valley slopes face east and west. Delphine observed that in winter, the village of Pégairolles is in the shadow from 3 p.m. Their vineyards are well-drained, with soil that consists of éboulies calcaires, so predominantly clay and limestone. They are amongst the pioneers in this area; there is a small rather sleepy coop in Pégairolles, Olivier Jeantet, and his partner, Geraldine, have vines near by, with a cellar in la Vacquerie, and Domaine de Fabregous is outside Soubès on the other side of the motorway.

Grenache and Carignan are the principal varieties, along with some Syrah and Cinsaut, as well as Carignan blanc, Terret bourret and Grenache blanc for their white wine. The average vine age is 45 years old, with some as old as 80 years. They have planted some more Syrah, as well as some Marsanne and Roussanne. Delphine enthused about the growing conditions here; it is one of the coolest parts of the Languedoc, with a long slow ripening season making for beautifully balanced wines with good acidity. 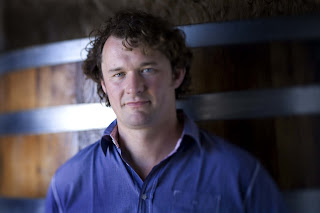 Our tasting began with 2009 Rosé, Ze Rozé, Coteaux du Languedoc – 8.25€. A blend of 40% Cinsaut, 30% Grenache, 20% Carignan, 10% Syrah, that are all pressed. The wine is a pretty pale colour, delicate and rounded with elegant fruit, and balance. Delphine is adamant that they want to make wines that are elegant and what she called digeste, with an emphasis on finesse.

2009 Les Clapas blanc, Vin de Pays de l’Hérault – 17.50€
A blend of 40% each of Terret and Carignan, with 20% Grenache. They have just 1.5 hectares of white vines, with an average age of 60 – 80 years. The wine is given a traditional élevage on its lees, in either barrel or cuve tronconique or wooden vat. They have a good source of second hand Burgundy barrels. They usually block the malo, but didn’t in 2009. The wine is rich and buttery, on both nose and palate, with some elegant nutty fruit, with fresh acidity on the finish, and plenty of ageing potential.

2009 Petit Pas, Coteaux du Languedoc - 8.50€
This is their entry level red, coming mainly from Grenache and Carignan and the wine spends eight months in an oak vat. The fruit is juicy and fresh, with some peppery notes and a touch of minerality, medium in weight, and quite elegant on the finish.

Next we tried some of the wines for Les Clapas 2009, which were still in barrel, including the oldest Grenache, Carignan and Cinsaut. It will be bottled next March. There were some appealing spicy flavours, cherries and other red fruit, and a touch of warmth, with an overriding elegance, some minerality and some firm tannins. It all promised well. Usually about 40 % is aged in fut. and 60% in vat, with the final blend taking place in the spring, with a total of eighteen months ageing. Les Clapas is the term for the the piles of stones with which the countryside is littered, often supporting the dry stone walls.

2008 Les Clapas, Terrasses du Larzac – 12.40€
Medium colour. Quite firm, mineral fruit on nose. Some fresh tannin and acidity, balancing some elegant raspberry fruit on the palate. Medium weight; stony minerality, with freshness. It was really striking how different this is, with none of the usual warmth of the Midi. A lovely long finish.. Great potential for bottle ageing.

2008 Le Grand Pas, Terrasses du Larzac – 24.00€
This is the best of the vintage, so the precise blend varies from year to year. In 2008 there is a very high percentage of Grenache Noir. Medium depth of colour. Rounded nose with some cherry fruit, balanced with freshness and acidity, as well as some tannin. All beautifully integrated, with a lovely long finish. In contrast 2009 is likely to include more Syrah and Carignan.

I admire Delphine and Julien’s courage; neither of them comes from the Languedoc and when they started buying their vines here, Julien was working for Henri Pellé in Ménétou Salon – a five hour drive north - and Delphine was expecting their first child. This is certainly an estate which will go far, amply illustrating the exciting potential of one of the cooler areas of the Languedoc. 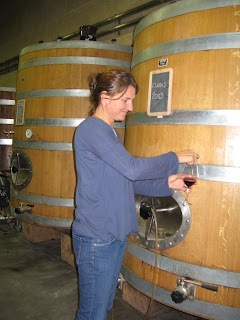